Success Academy Charter School head Eva Moskowitz will be shutting down all of her schools this coming Tuesday to join more than 2,000 charter school advocates from across the state in Albany to push lawmakers to support their schools. The date happens to coincide with the new mayor’s planned descent upon Albany to convince reticent state lawmakers to support his plan to raise taxes on the city’s wealthy to fund universal pre-K and after-school programs.

But Mr. de Blasio insisted today that his aims would not be distracted by the charter push from Ms. Moskowitz, who yesterday learned that Mr. de Blasio’s administration had halted three of her charter schools from co-locating in other buildings.

“You know, this is the seventeenth month in which I’ve been working on full-day pre-K for every child in this city and after school for middle school kids, so I think I’ve gotten the point across. I think there really is that extraordinary critical mass of support. I don’t think any sideshow takes away from that,” said Mr. de Blasio, when asked at an unrelated press conference whether the other advocates would overshadow his pre-K message.

An estimated 2,000 people, including the mayor, are planning to go to Albany to push for pre-K, according to a spokesman from the UPKNYC campaign. And Mr. de Blasio argued their message had already gotten through loud and clear.

“I think the people of this city are fundamentally ready for us to achieve full-day pre-K for every child, and after school for every middle school student,” he said. “They voted for it in overwhelming numbers. Every public opinion poll continues to show how much people believe in this, want this, need this …  So I’m convinced that we’re getting the attention we need on this issue, and we’re building the support and the critical mass.”

“Again, Ms. Moskowitz has a right as an American citizen to do what she sees fit,” he added. “But what I can say is we’re going to Albany for the good of all our children. And I would think that anyone who believes in improving public education–regardless of some differences we have on other issues–should embrace the notion of pre-K for all, should embrace the notion of more after school.”

Jeremiah Kittredge, executive director of Families for Excellent Schools, which is expecting more than 2,500 parents and advocates as the pro-charter event, said the event was not intended to compete with the pre-K push. 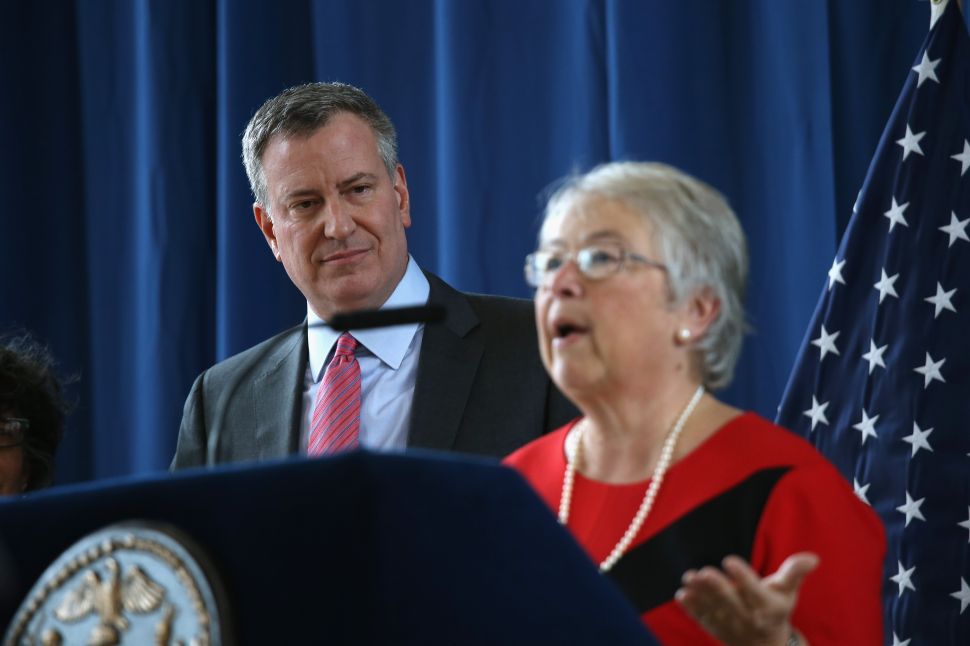