Mayor Bill de Blasio today slammed his predecessor Michael Bloomberg for leaving him to negotiate expired labor contracts with every one of the city’s municipal labor unions–using some of his harshest rhetoric to date on the subject.

“This is an unprecedented dynamic and we’re going to have a huge fiscal challenge ahead. And one that should not have been handed to us,” said the mayor, speaking to reporters to today at an unrelated press conference. “The future should not have been mortgaged in this way. But it was by the previous administration and we will have to grapple with it.”

The mayor is set to unveil his first budget later this month, and faced questions today about the uncertainty caused by the open contracts. Many unions are pressing not only for raises going forwards, but retroactive pay–a demand fiscally-minded critics often describe as untenable. Mr. de Blasio has so far refused to discuss the negotiations, but made clear today he is grappling with their potential impact on the city’s bottom line.”

“At this point we don’t know where the labor negotiations will lead us. Obviously we’ve said we want to to try to get an aggressive start on them and we hope to achieve some real cost savings in the bargain,” he said. “But that is the great unknown. And we’re going to be talking a lot about this in the coming days.”

He further argued that the “tremendous fiscal uncertainty” faced by the city was one of the reasons why his proposal to hike taxes on the rich to fund universal pre-K and after-school programs is so important.

“We are dealing with … the great unknown of 150 open labor contracts. I don’t think the people of this city have yet focused on this issue. I think it’s time to start focusing on it,” he added. “You’re going to hear us talk a lot about it in the coming days.” 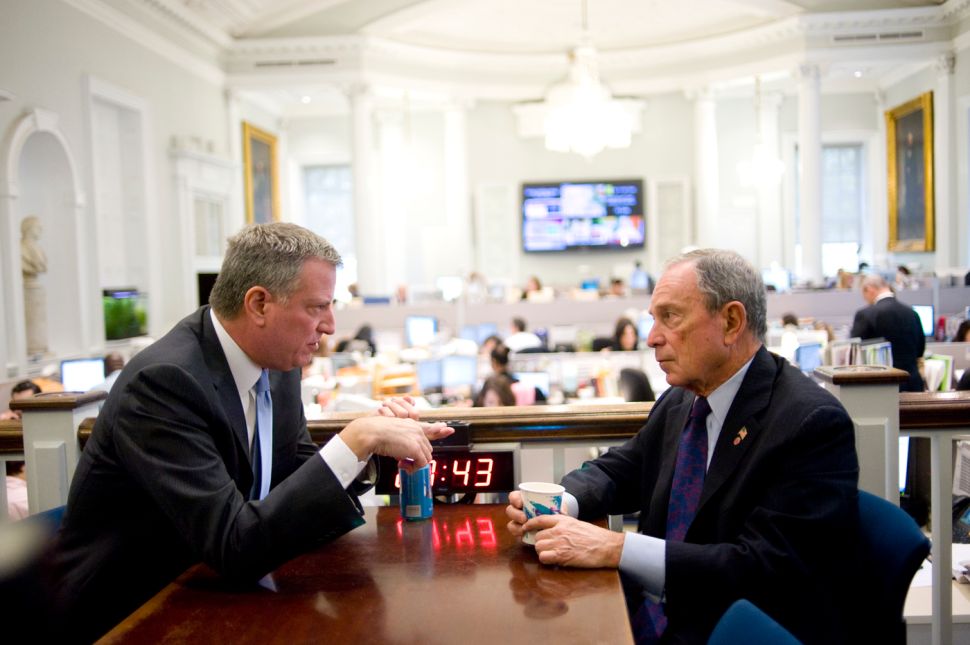