Mayor Bill de Blasio is expected to double down on one of his campaign promises during his first major speech since the inauguration: a new municipal identification card for undocumented residents.

Details of Mr. de Blasio’s first State of the City address have largely been kept quiet, but Spanish-language El Diario la Prensa reported this morning that the mayor will roll out specifics of the planned card system, which would allow undocumented New Yorkers to more easily access municipal services, such as filing police complaints, accessing municipal buildings, including libraries, and qualifying for public assistance.

Mr. de Blasio will also announce plans to work with private financial institutions so that the card can be used to open bank accounts or apply for leases, the paper said. A spokeswoman for the mayor confirmed the report’s accuracy.

City Council Speaker Melissa Mark-Viverito, a strong supporter of the effort, told the paper she hoped the plan would move forward later this year. In a statement, she told Politicker she has “full confidence” that “a universal ID will become a reality as soon as possible.”

“It’s a clear demonstration that the Mayor is willing to listen to and meet the needs of our community,” she said.

Other large cities, including San Francisco, California and New Haven, Connecticut, have already introduced similar documentation. It was not immediately clear which agency would process the cards and how much they would cost.

Mr. de Blasio is also expected to continue to speak this afternoon about bridging the gap between the rich and the poor, further stressing the need to raise taxes on the wealthy to fund universal pre-K and after-school programs, as well as his plans for expanding paid sick leave and living wage legislation.

“We’re going to talk about, in the State of the City, how we’re framing this first year of work, by definition, and how we intend to follow through on this very ambitious agenda,” he told reporters Friday during a press conference at City Hall. “I think the people in this city deserve to have a very clear articulation of why we’re doing what we’re doing and what we see to get done in the short term.”

Mr. de Blasio is set to deliver his remarks at noon at LaGuardia Community College. 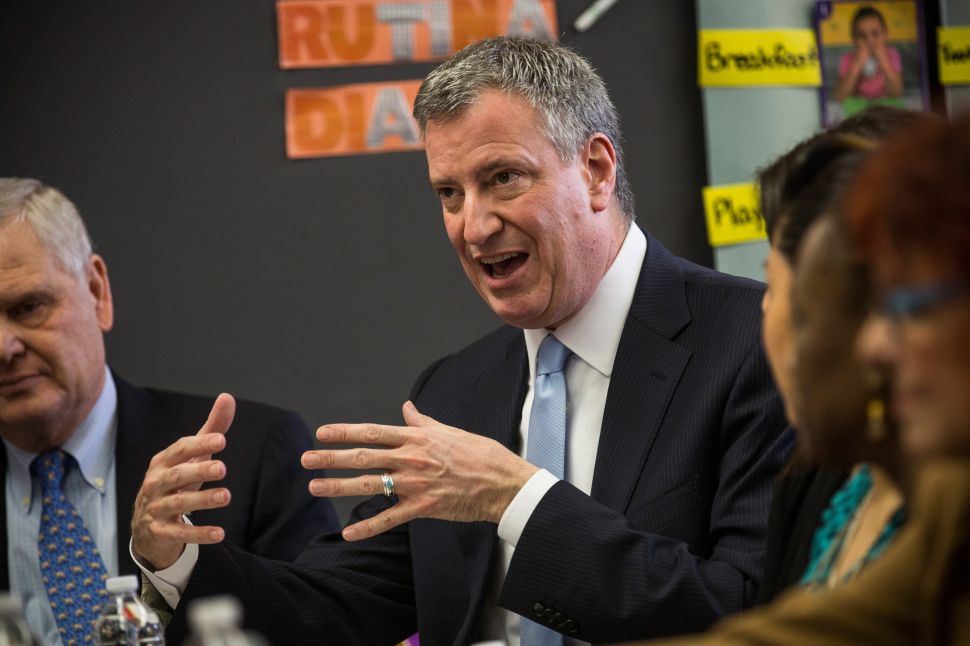