Anderson incurred the ire of all the mayoral candidates earlier this year when she unveiled a schools consolidation plan heavily reliant on charter schools.

Baraka, a public school principal on leave, was the most vociferous in his condemnation of Anderson’s plan. Part of an upswell of community anger directed at Anderson is tied to her perceived unwillingness to absorb community input on her One Newark Plan.

Carl Sharif, campaign strategist for Jeffries, who appears in the shot with Anderson and the candidate in an Irvington IHOP, said far from coordinating with the schools super, as Baraka allies charge, he and Jeffries were giving Anderson an earful at the eatery located around the corner from Sharif’s office.

“Mr. Jeffries was making it very clear to her about how disgusted he was, and how upset he was about the disrespect that she had been showing the community with her actions,” Sharif told PolitickerNJ. “He was very direct and the conversation was often intense and contentious. He made it clear that this is something that he could not tolerate.

“It’s a conspiracy on Springfield Avenue in Irvington, New Jersey, a community where everybody knows me,” Sharif cracked. “This is the type of mischief that people engage in when they want to intimidate people. Mr. Jeffries believes that you sit down face to face with people and tell them what you think, face to face, in public. It seems to me that sitting down face to face with the superintendent of schools is an honorable way to deal with an issue.”

Jeffries has scheduled an official rollout of his education policy for tomorrow. 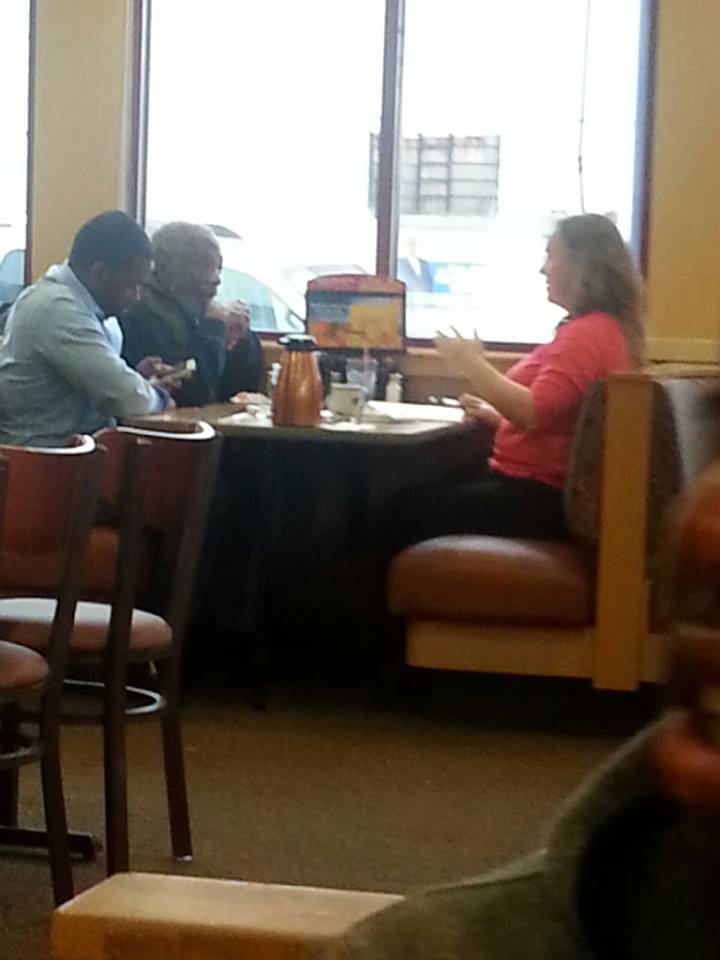