A crowd of more than 400 people spilled out of the auditorium at the Essex County Hospital Center as DiVincenzo, up for re-election in 2014, touted his record, including public works projects such as keeping Newark’s Branch Brook Park full of cherry blossom trees.

As he spoke, a series of images were beamed onto a screen behind him, including one that gave pause: Republican Gov. Chris Christie, an ally of Democrat DiVincenzo, smiling while the county executive stuck his hand into the shark tank at Turtle Back Zoo.

With the twin troubles of Bridgegate and Sandy aid now swirling around Gov. Christie, the question of who the next Democratic gubernatorial candidate will be is requiring a more urgent answer. Two potential names have emerged as the respective champions of North and South Jersey: Jersey City Mayor Steve Fulop and State Senate President Steve
Sweeney (D-3).

But when PolitickerNJ.com asked DiVincenzo who has the edge in a potential Fulop-Sweeney nomination fight, and who would he back, the Essex County Executive’s attitude could be summed up in three words: not so fast.

“Listen to me, it’s just way to early,” DiVincenzo said. “I believe Chris Christie is going to be [governor] for four more years. I could tell you four years from now, after he’s done, there will be a Democrat in that office.

“There is no question that Steve Sweeney has been there, he’s got the most experience at this particular time as far as getting things done. He has the upper hand right now.” DiVincenzo added, “Steve Fulop is someone who has a bright future, but he just became the mayor. But things change. Look at Chris Christie. Everyone thought that if Bridgegate didn’t happen, he was the top [presidential] contender. Right now, It doesn’t look that way. But guess what? If he gets through this scandal, [Christie] could still be a top contender to be the president. You just don’t know.”

If a Democrat does indeed take over the Governor’s office in 2017 or earlier, whoever is the Democratic candidate will presumably seek the endorsement of DiVincenzo, one of the most important Democratic power brokers in the state.  In light of Gov. Christie’s problems, some political observers have wondered whether DiVincenzo’s association with the Republican governor could compromise the worth of his endorsement.

Surrounded by his Essex allies, DiVincenzo scoffed at the idea that his days as a Democratic decider are done. Instead, he stuck both hands into the shark tank that is New Jersey politics.

“My record speaks for itself. The reason that I’m still strong in this county is because we hold ourselves accountable, and we get things done,” DiVincenzo said. “Four years from now, I expect to be even stronger than what I am today.” 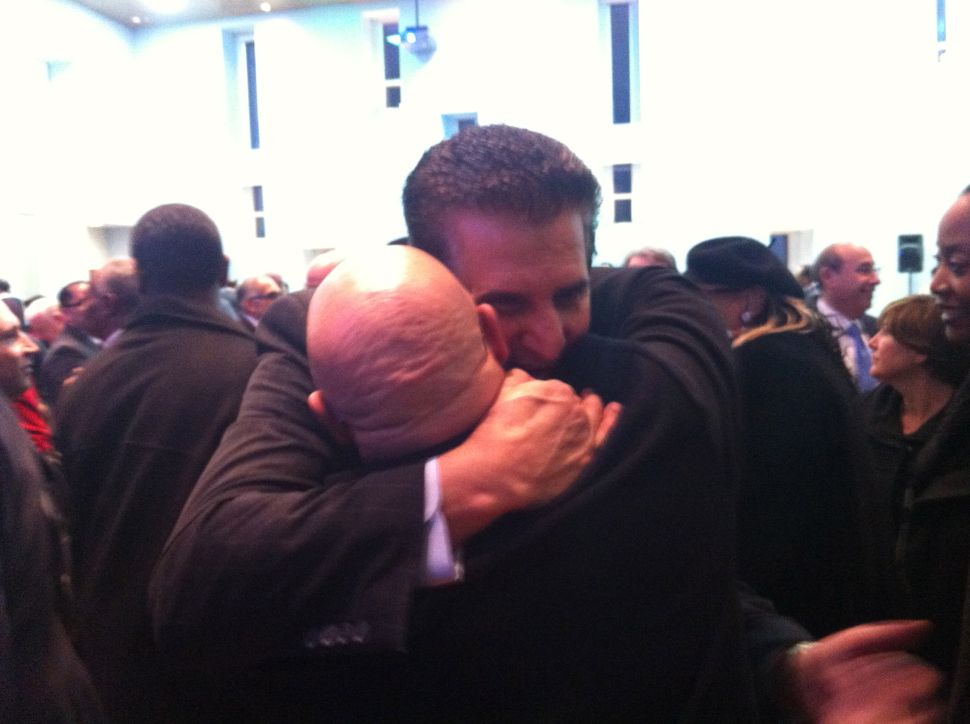