HACKENSACK – The battle lines in the Bergen County Executive’s race became more sharply drawn this week when the Bergen Democrats lined up behind Freeholder James Tedesco’s candidacy in advance of their March convention. But Kathleen Donovan, the Republican incumbent, is expected to be tough to beat in a county where she has been a public servant for decades and has high name recognition.

Two partisan strategists spoke to PolitickerNJ.com on the condition of anonymity to assess the relative strengths and weaknesses of their respective candidates.

“Kathe Donovan has great name recognition. Do people know Lou, I mean Jim, Tedesco? It’s an honest mistake,” said a Bergen Republican strategist. “This is his first year as a freeholder, and now he’s running for county executive. There are 70 towns in Bergen County, and Kathe Donovan has been a hard campaigner in every one of them.”

Tedesco was one of the first county officials to call for an investigation of the George Washington Bridge lane closures, now known as the Bridgegate scandal. He recommended in January that future contracts with Wolff & Samson, the law firm of embattled Port Authority Commissioner and Gov. Chris Christie appointee David Samson, be halted until the conclusion of the state investigation. Tedesco also called on Samson to resign his position as commissioner.

The Bergen Democratic freeholders have challenged Donovan for not saying anything publicly about the lane closures until 127 days after the incident’s inception in September, as well as for her professional relationship with Samson, who has been subpoenaed to produce documents by the state legislative committee investigating the scandal.

Donovan has also struggled with the freeholder board over plans to merge the Bergen County Police Department and the county’s Sheriff”s Office. Donovan is opposed to the plan, while the majority of the freeholder board, now controlled by the Democrats by a 5-2 veto-proof margin that includes Tedesco, supports the move.

But the anonymous Bergen Republican strategist noted that in hard-fought political campaigns, being an oppositional candidate can only go so far.

“You can’t just take an issue and be on the opposite side. You need to have a plan,” the Bergen GOP strategist said. “If you merge the county police, there are so many open-ended questions about that. Does [Tedesco] understand all of the ramifications of merging the county police? Jim Tedesco has to define himself. The county executive race is not just about one issue, it’s about multiple issues. He’s running for county executive when he’s still learning the ropes as a freeholder. You’ve got to stand for something.”

But according to the anonymous Bergen Democratic strategist, Donovan stands for something less than admirable.

“[Donovan] is an ineffective and wayward county executive. She has spent the last four years picking fights with Republicans, Democrats and, most importantly, the taxpayers instead of creating initiatives and leading the county,” the Bergen Democratic strategist said. “The only thing she has going for her is 30 years worth of county-wide name recognition. But if anyone took a long, hard look at her record, it’s something that really could have been amassed in two years on a local council.”

“Kathe Donovan might view a lack of political acumen as green and weak, but Jim Tedesco is the farthest thing from new when it comes to public service,” added the Bergen Democratic strategist, pointing to his previous work as Paramus’ mayor as well as other public positions.

“Just because he hasn’t been a county-wide elected official, it doesn’t mean he hasn’t been serving the residents of Bergen County in other capacities for decades.”

“The race is going to hinge on how the county party organizations perform,” the strategist said. “The selection [of Tedesco] by [Bergen Democratic Chairman] Lou Stellato was ultimately positive, but the process was extremely flawed. A broken watch is right twice a day. But the fact that the Bergen Democrats are tired of Donovan, coupled with
[the problems] of the Christie administration, will lead to a pretty active party going into November.” 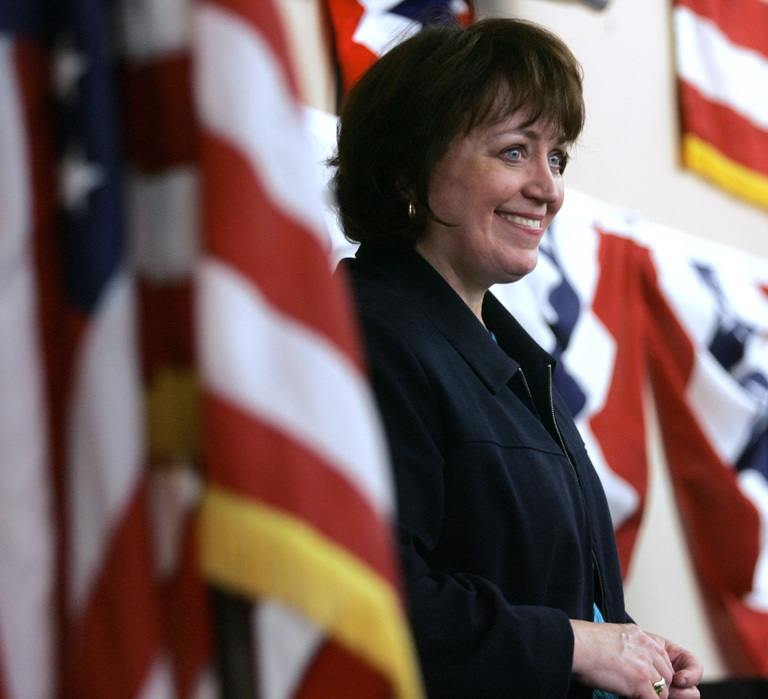