Adriano Espaillat speaking to his supporters the night of his last congressional challenge. (Photo: Facebook)

State Senator Adriano Espaillat will announce his plans to challenge Congressman Charlie Rangel for the second time at a rally tomorrow in Washington Heights, according to his campaign.

The event will kick off a three-day tour across the 13th Congressional District, which Mr. Rangel is hoping to represent for a 23rd term.

Mr. Espaillat, who hopes to become the first Dominican-born congressman in U.S. history, came within 1,000 votes of Mr. Rangel in a bitter Democratic primary two years ago, which often devolved into a debate over race in the increasingly Latino district that now stretches from East Harlem to the Bronx.

Also in the running is Mike Walrond, a pastor at the First Corinthian Baptist Church in Harlem, who also serves Rev. Al Sharpton’s National Action Network, and could potentially pose an added challenge to Mr. Rangel by splitting the district’s back vote. Another prominent clergyman, Rev. Calvin Butts, is reportedly eying a bid as well.

The kickoff event will take place at noon at the United Palace. 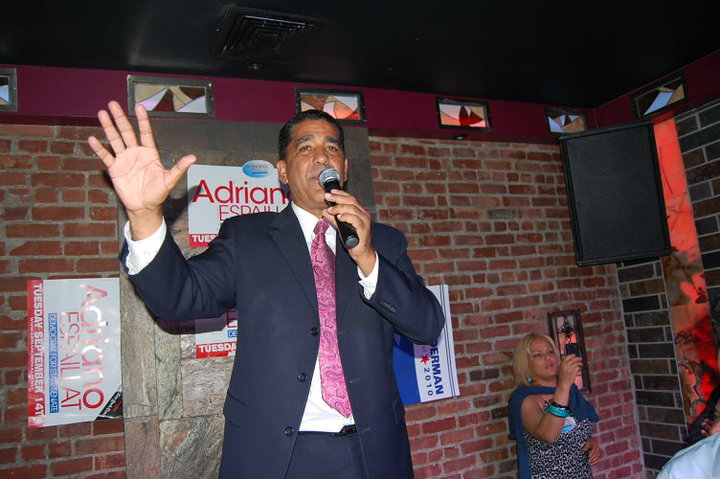