Former Manalapan Mayor Andrew Lucas is in federal custody this afternoon on an 11-count indictment.

A Republican, Lucas is a former unsuccessful candidate for Monmouth County Freeholder who resigned his local office last year.

The former mayor of Manalapan, N.J., was arrested today on charges that he falsified his 2010 tax returns in order to purchase a farm property in Manalapan and that he provided federal investigators and a federal grand jury with a fabricated document in 2013, U.S. Attorney Paul J. Fishman announced.

Lucas, 36, was arrested as a result of an 11-count indictment charging him with illegal monetary transaction, loan application fraud, false statements to the IRS, aggravated identity theft, obstruction of a grand jury investigation and falsification of records in a federal investigation. Lucas is scheduled to make his initial court appearance this afternoon before U.S. Magistrate Judge Douglas E. Arpert in Trenton federal court. 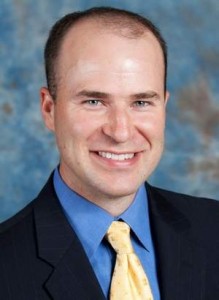