College boyfriends: we’ve all had them. Mine was mostly pretty mean to me as I quixotically pursued him for reasons I cannot explain, but he did know a lot about music, and introduced me to artists that have since become some of my favorites, so that was nice.

One such act was Xiu Xiu, the avant-garde project that sprang from the fevered mind of frontman Jamie Stewart in 2002 and has been going strong ever since. By 2005 they were headlining the Bowery Ballroom on the strength of Fabulous Muscles, and I went. Because I am an idiot, I got myself kicked out for underage drinking, but when I listened to Xiu Xiu at home, it blew my mind. Simultaneously familiar and disorienting, its dark imagery and electronic beats that approached synth-poppiness without ever fully giving into it made it a fitting next step for a suburban Goth looking to branch out from Nine Inch Nails. It was, and remains, a surprisingly listenable pile of desperation and dread, loneliness and longing, blood and guts.

Almost 10 years later, Xiu Xiu’s ninth studio album, Angel Guts: Red Classroom, sees Stewart and collaborators paring things down to pull listeners further yet into Stewart’s emotional hellscape. He sounds even lonelier with fewer sounds to keep him company, and the instrumentation that is present sounds bleak, like metal spiders crawling across a post-nuclear winter earth. (Like a more suicidal Suicide, if you need a musical reference point.)

That Stewart spends most of the time whimpering and whispering fearfully over industrial clangs and skitterings makes the screamy crescendos all the more impactful; I’d call those moments cathartic, but the idea that you can purge yourself of bad thoughts seems a tad too optimistic for Xiu Xiu’s world.

soon this will all be gone

to spare us kisses in the ﬂood

a piece of paper in my hand,

a vow of double suicide

the end of the world is avoidable

our ﬁre escape is ﬁve ﬂoors above the street

we can sit and watch Los Angeles burning

this is the quiet we’ve promised each other

this is the love we’ve always dreamt of

“Stupid in the Dark” and “Lawrence Liquors” are the two songs Xiu Xiu shared from the album in advance of its release, and “Stupid in the Dark” has an appropriately creepy video in which band member Angela Seo decides to break up with someone the hard way. By the time Stewart whispers “once we felt sorry for you people…but not that sorry,” you wonder if you’re listening to some murderous imp of the perverse Xiu Xiu is trying in vain to exorcise from their souls, and the line between victim and victimizer blurs. It’s some of the rawest and scariest shit I’ve ever heard—not in a goofy haunted house way, but in a real-fears-that-often-cross-my-mind way–and I love it. Xiu Xiu is dead. Long live Xiu Xiu.

Xiu Xiu’s Angel Guts: Red Classroom is out today. Their current tour brings them to the Knitting Factory on March 13. 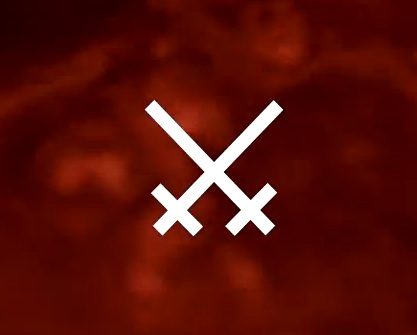