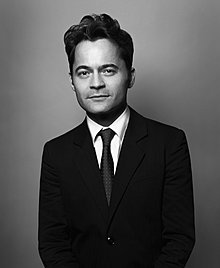 Minneapolis’ Walker Art Center announced that it has hired Fionn Meade to be its senior curator of cross-disciplinary platforms and Isla Leaver-Yap to be a visiting film scholar. You may recall Mr. Meade for his work as curator at Long Island City’s SculptureCenter. He’s also a faculty member at the Center for Curatorial Studies at Bard College and Columbia University. Ms. Leaver-Yap is an independent curator and scholar who recently organized the Artists Moving Image Festival at Tramway in Glasgow, Scotland.

What is a senior curator of cross-disciplinary platforms? The Walker explains in its release:

The title…reflects a fresh approach being taken by the institution. The Walker is known as a platform for housing multiple artistic disciplines (visual, performing, design, and film/media arts) and has hosted numerous artists that work across these platforms; however, specifically assigning a curator with the task of overseeing the strategic interplay between program areas will be new for the institution. As a contemporary, forward-looking institution, it is critical for the Walker to support new staffing models that are responsive to the changing needs of the artists served.

“It is a great privilege and honor to join the Walker, a vital institution that I have followed and admired for many years,” Mr. Meade said in a statement. “With such a singular and long-standing presence as a cross-disciplinary leader in the field, I am eager to build on the Walker’s commitment to working in-depth with the exemplary artists and innovators of our time.”

Thank you to Paul Schmelzer for tipping us off to the news on Twitter.