HACKENSACK – While Bergen Democrats still wait to see whether Bergen County Surrogate Michael Dressler will seek their party’s nomination for County Executive in the November 2014 election, other candidacy scenarios are beginning to crystallize.

Bergen Democratic Chairman Lou Stellato told PolitickerNJ.com on Jan. 31 that he was “going to have an answer” from Dressler by the end of this week. If Dressler, who was first elected Surrogate in 1996 and has a solid record of service and a compelling backstory, decides not to run, other viable candidates wait in the wings.

Former Freeholder Chairman Jim Carroll of Demarest declared his candidacy in May. The party will hold its county convention in March.

The public problems of Alan Marcus, the consultant who managed Donovan’s victorious campaign in 2010, and the positioning of U.S. Sen. Cory Booker, who was raised in Bergen and is perhaps the most popular Democrat in the state, at the top of the Democratic ticket in 2014 are other serious challenges for Donovan.

The ongoing Bridgegate scandal, which originated at the Fort Lee end of the George Washington Bridge, has also cast a shadow over Bergen, creating uncertainty regarding the situation’s effect on the county executive’s race.

While Zur could not immediately be reached for comment, Hogan and Huttle spoke to PolitickerNJ.com about the race to run New Jersey’s most populous county.

“I’ve been friends with Mike Dressler for over 30 years,” said Hogan. “He’s got to weigh out a lot of stuff, including that he has to step down from his position to actually run for office.

“I’m seriously considering a run, and from what I’m hearing now, Mike will let [Stellato] and me know by Friday,” Hogan added. “I’ve run in very challenging races before. When I ran for County Clerk [in 2011], I ran against Lisa Randall, which means I ran against Kathe Donovan at the same time because she was Donovan’s chosen successor. My party needs to pick somebody who is going to go out there and do the work, and stand a chance of prevailing in this election. I’ve run against brand names before, and I’ve prevailed.”

“If Mr. Dressler does not run for county executive, I would consider my options,” Huttle said. “I would have to have the support of the party.”

Huttle has played a prominent role in the events surrounding the ongoing Bridgegate scandal, including being named last month to the state Select Committee on Investigation (SCI) last month. But the veteran assemblywoman does not believe her work surrounding the Bridgegate investigation gives her any advantage is being potentially picked as the Democratic standard bearer in the county executive’s race.

“I don’t think Bridgegate gives me any further recognition or makes me rise above any other potential candidate,” Huttle said. “I have a record of what I’ve done regarding the issues, and it was out there before Bridgegate.”

Several Bergen Democrats who are close watchers of the county’s political scene assessed the race with a potential Hogan-Huttle-Zur candidate trifecta.

“If Dressler doesn’t go, I would handicap this nomination race as a 20 percent chance for Huttle, 40 percent for Hogan and 40 percent for Zur,” said a Bergen Democratic political insider who requested anonymity. “Most people on the [Bergen Democratic county] committee seem to be lining up behind Zur or Hogan. There are certainly a few people that are intrigued by Huttle’s history in elected office and her fundraising ability, but I think her candidacy is an uphill battle. But [Stellato] has been pushing [Huttle] to people a little
bit. He has an open mind about it.”

“Hogan is a non-starter,” said a Bergen Democratic political strategist who also requested anonymity. “His camp is pumping him up, but there is no real interest in a Hogan candidacy among the decision makers. I think there’s going to be a real, honest-to-God county party process. It looks like this is going to the convention. Kathe Donovan is a political animal, and nobody is expecting her to play nice. It’s a matter of who is willing to play the hard ball it’s going to take to win that race.

“There’s no question about Valerie Huttle’s bona fides, but there are questions about her party loyalty,” the strategist added. “Meanwhile, Zur can be seen as overly enthusiastic about running, but that just might be what it takes to take down Donovan. But I think the whole party is still behind Dressler if he wants it, even, at this point, to our own detriment. Stellato is leading us to a precipice. We just want to make sure that it’s not over a cliff.” 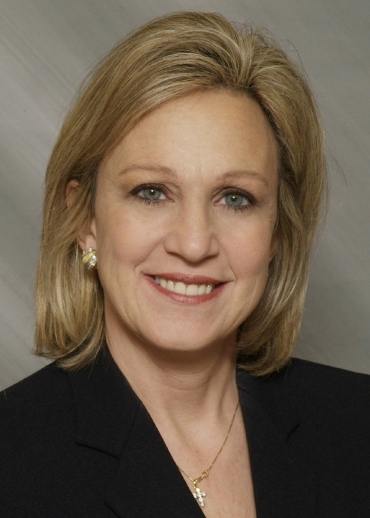