“Shavar Jeffries is a man of extraordinary integrity who is a dedicated and qualified public servant,” said Payne in a prepared statement issued by the Jeffries campaign. “He has a genuine commitment to serve the city of Newark and our people.”

Payne, the uncle of U.S. Rep. Donald Payne, Jr. (D-10) and a member of one of Newark’s most prominent political families, cited Jeffries’ background and experience as reasons for backing Jeffries instead of the other major mayoral candidate, South Ward Councilman Ras Baraka.

“Shavar Jeffries is a prime example of the best of what Newark can produce,” Payne said. “His upbringing as a young man rising above difficult circumstances, vast experience as a civil rights attorney, defender of American democracy, and his work for the nation’s leading human and civil rights law firm – the NAACP Legal Defense Fund – make him the most uniquely qualified at this critical point. He is the best person to lead our city forward to fulfill our great potential.

“Crime is the number one issue on the minds of residents. Newarkers must once again feel safe and secure in order to create an environment where businesses and other investors will be encouraged to invest and expand,” added Payne as he endorsed Jeffries, the former state Assistant Attorney General. “[Jeffries] has a comprehensive plan to address the current state of fear on our streets and in our neighborhoods.”

“I am honored and humbled to accept the endorsement of William Payne,” said Jeffries in response to Payne’s endorsement. “He is highly regarded and respected by countless people throughout the city and the state. His lifelong connection, contribution and service to our neighborhoods as a public servant, and community and organizational leader, are matched by few. I am grateful for and look forward to the wisdom of his advice and counsel as our co-chairman, experience as a gifted representative for our city, and advocate for Newark as Team Jeffries works to earn the confidence and votes of our neighbors in this election to move our great city forward.” 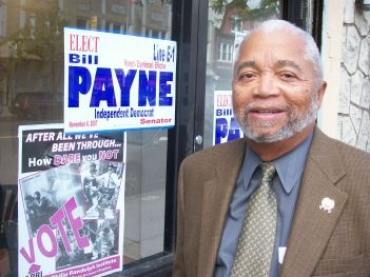