NEWARK – The ongoing Bridgegate scandal is roiling New Jersey’s political landscape. But one veteran of Garden State politics believes that the unique political culture of Newark, the state’s largest city, leaves it less than impressionable to Bridgegate as the May mayoral election approaches.

“I don’t think [Bridgegate] has any effect,” said Walter Fields, Jr., the former political director of the New Jersey chapter of the National Association for the Advancement of Colored People (NAACP), of neighboring Maplewood. “I think Newark politics is such that the focus is so localized, and there are just some real hard-core issues in Newark right now that I think attract the attention of voters far more than the Governor’s difficulties.

“Newark is becoming the epicenter of a national debate, this time around public education,” added Fields, who served in his political capacity for the state NAACP in the early 1990s and is now the executive editor of NorthStarNews.com, a public affairs website that focuses on the news from an African-American viewpoint. “Voters in Newark are much more focused on the reality in their backyard – the troubles with public education, the continued violence in the city, unemployment. Those are the issues that will remain the focus of voters there.”

Education is one core issue that could ultimately drive the Newark mayoral race.

The controversial One Newark school reorganization plan, announced by Newark School Superintendent Cami Anderson in December, includes the expansion of charter schools, which already serve approximately 20 percent of the city’s students, as well as the closure or consolidation of a dozen public schools.

Anderson was appointed to run the state-run Newark school district, the state’s largest, by Christie in 2011. The governor publicly stated in September 2013 that he plans to reappoint her, and that he did not care about community criticism.

At a volatile Newark school board meeting last week, some residents made mocking references to Christie and the bridge scandal, calling out that “Cami and Christie must go.”

But Fields cautioned political observers looking at those cat-calls as gospel.

“I don’t think you can attribute comments your hear at events where the politically inspired are attending,” Fields said. “There is a subset of people who are politically in tune with state politics who for whatever advantage will make those connections. I think the average voter in Newark isn’t thinking about Bridgegate. The average voter in Newark is thinking about this: How do I keep my kid safe in a city where gun violence is rampant? How do I make sure that my kid gets a solid education in a city where there is still a lot of dissatisfaction with the public education system? While Cami Anderson is a Christie appointee, people can narrow-cast their focus on Anderson, linking her to the governor, without even thinking about Bridgegate.

“People are able to dissociate larger political drama from their daily experiences,” Fields added. “What the people in Newark are beginning to demonstrate is something that we’ve always wanted people to do – to be civically engaged on important issues that matter to them when they go to the polls. Anything else is inconsequential to a parent who wants to make sure they can send their kid out the door in the morning when they go to school and they come back alive.” 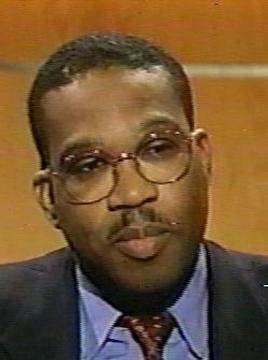