When Steve Fulop beat Jerry Healy for mayor of Jersey City, Hudson County Freeholder Jeff Dublin from District 3 knew he had a target on his back.

Dublin supported Healy, and served as the mayor’s trusted ally on the freeholder board.

Healy’s loss meant he wouldn’t have that kingly reinforcement in City Hall.

Behind him stands Jersey City Mayor Steven Fulop, who according to the rules of the Hudson County Democratic Organization, gets to pick his own freeholder.

A veteran of many statewide campaigns and a former staff member in the McGreevey administration, Balmir works as government and community affairs representative for the Laborers’ International Union of North America (LIUNA), who will also support him.

“I am running to make county government a tangible and positive influence in the lives of Hudson County residents,” Balmir said. “We need to act with a sense of urgency and work collaboratively with people both inside and outside of government so that we can grow our economy, create family-sustaining jobs, and improve our neighborhoods and communities.”

Balmir brings more than a decade of public-sector experience in planning, economic development, and government service.  Most recently, he was appointed to the Jersey City Municipal Authority Board by the mayor.

“Good government starts with good leaders and Gerry Balmir is even better than that.  He is a great leader,” Fulop said.  He backed up these words with something more important in this politically competitive environment—his endorsement.  “I share Gerry’s ideas on how to reform government and reenergize our communities, that’s why I am supporting Gerry Balmir for 3rd District Freeholder.”

“I realize how difficult recent years have been for many families in District 3 because I talk to them,” said Balmir. “They aren’t looking for fiery speeches or magical solutions.  They are looking for a leader who is honest with them, willing to put in the work, and able to come up with answers to the problems troubling people today. That’s what I intend to do.  That’s what I will do.” 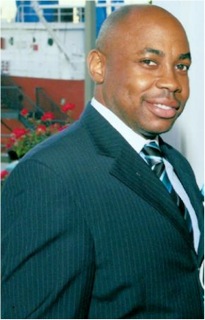