A senior American official has already apologized for uttering “fuck the E.U.” in a leaked phone conversation, but Congressman Peter King commended her sentiment this morning in a radio interview, telling the host, “good for her.”

Mr. King told radio host Geraldo River that he agreed with the comments made by Victoria Nuland, the country’s top diplomat for European and Eurasian affairs, and made it clear he is absolutely not a fan of the European Union–which he called “self-righteous.”

“Let me just say, what she said, you know I don’t disagree with that,” said Mr. King said after Mr. Rivera played a sound clip of the exchange between Ms. Nuland and another top American diplomat. “I don’t want to sound anti-European but they–the European Union–they will debate stuff to death, they will talk about … form and never get down to substance. It’s like a great debating society, they’re self-righteous.”

Ms. Nuland was caught on tape complaining about the European Union’s efforts to resolve a political and fiscal crisis in Ukraine, where the European Union and the U.S. are struggling with Russia over the country’s future. U.S. officials reportedly suspect that Russia leaked the embarrassing audio, but Mr. King, a Republican and former chairman of the committee on Homeland Security, didn’t think her sentiments were off the mark.

“We have to work with them but I don’t blame her for saying that at all. Good for her,” he said. “Also, maybe this will be a wake up call to other people. We live in a dangerous world and people are constantly, including our allies, are trying to monitor what we say and they–quote unquote–spy on us and that’s the world we live in.”

“That’s the danger–too many Americans are quick to criticize their own country and not realize that we play by stricter rules than anyone else does in the world,” he added. 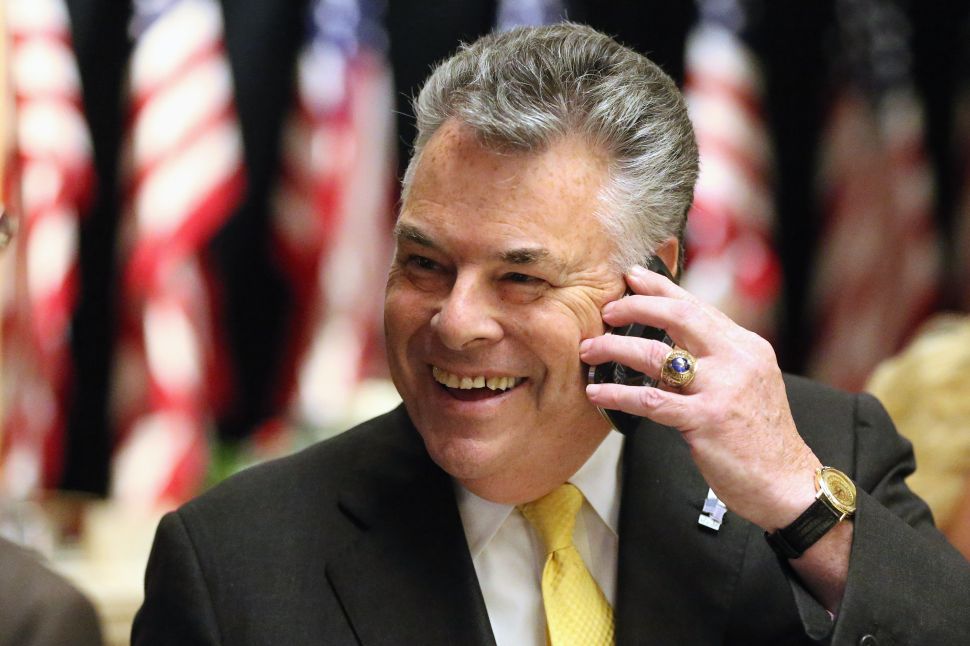