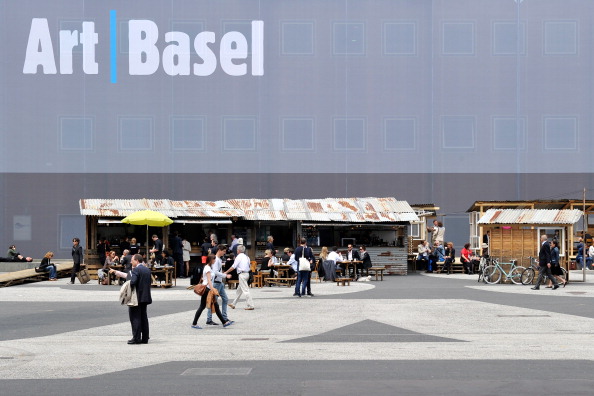 Tadashi Kawamata’s Favela Cafe at the 2013 Basel. (Photo by The Image Gate/Getty Images)

Art Basel turns 45 this year, and today its organizers released the names of the 285 exhibitors who have been invited to participate in this year’s fair, which runs June 19 through 22. The full list of exhibitors, who hail from 34 countries, follows below.

Four relatively young New York galleries have snapped up spots in the fair’s Statements section, which is devoted to emerging programs. They are: Ramiken Crucible, showing Lucas Blalock, Bureau, with Ellie Ga, Kate Werble, with Anna Betbeze, and American Contemporary, with David Brooks.

Changes for this year’s edition? There are a few. Perhaps most notable, Statements will be placed alongside the main Galleries section this year in Hall 2, putting those young galleries closer to the big-dollar action, and the completion of Herzog & de Meuron’s extension for Hall 1 means that will now house the Unlimited section, which is devoted to large-scale presentations. Former Swiss Institute director Gianna Jetzer will again helm that section.