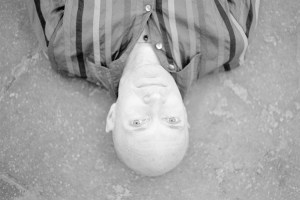 A portrait of Hudson by Judy Linn, who shows at Feature Inc. (Courtesy the artist/Feature Inc.)

The art dealer known simply as Hudson, who founded the Lower East Side gallery Feature Inc., died on Sunday. He was 63. Though he had lived with HIV for many years, his close friend Jimi Dams, who runs Envoy Enterprises on Rivington Street, said that he died unexpectedly of natural causes. An artist himself, Hudson was widely known for forging his own set of rules and for running his gallery with a particular sensitivity to the needs of his artists.

“For him it was important to have a relationship with the artist, that the artist felt they had a home, that they didn’t feel that they needed to make what the gallery said they need to make, that they could show what they wanted to show,” said Mr. Dams. “The gallery was not market driven.”

B. Wurtz, an artist who showed with Feature Inc. for years, starting in 1986, agreed. “Hudson was a person that you could absolutely talk about art with,” he said. “He was not just a business person.” For years, Hudson boycotted art fairs (though did eventually participate in a few, such as Independent, Dallas and NADA in Miami) and he adamantly resisted courting collectors and museums.

“I think he was frustrated sometimes that there were collectors that seemed to gravitate toward the bigger-name galleries or ones that were in locations that were more advantageous,” said Andrew Masullo, who began showing at Feature Inc. in 2007. “[Hudson was] sometimes frustrated as to why they never visited his gallery. It didn’t make sense to him.”

Over the years Feature Inc. lost artists like Mr. Wurtz, who now shows with Metro Pictures, to larger galleries. Among the more high-profile defections was Tom Friedman, who left for Gagosian Gallery in 2006 after 17 years at Feature. (Mr. Friedman has since left Gagosian for Luhring Augustine.)

According to Mr. Dams, these losses were painful for Hudson, whom he and many others described as a very private person.

“He didn’t want anyone to know,” Mr. Dams said. “Of course it hurts. Particularly in this day and age, if you are a gallery and you are not the business-oriented, corporate-minded gallery, it is nearly impossible to survive…we don’t have to lie here, it [artists leaving] basically is a knife in the back.”

Mr. Dams said that the split with Mr. Friedman was relatively amicable, though other sources mentioned that, after Mr. Friedman left Gagosian, he attempted to return to Hudson, who said no.

Hudson opened his first gallery in a second-floor space in Chicago on April Fool’s Day, 1984, with a show of work by Richard Prince. He moved the operation to New York four years later, landing first at 484 Broome Street. The gallery pinged around the city, moving to 76 Greene Street in September 1993, then to 530 West 25th Street in October 1999, where Hudson would sometimes mount three simultaneous exhibitions in the various rooms, before moving back downtown to the Bowery in September 2008, and finally to 131 Allen Street, where it is today. At these assorted spaces, Hudson gave shows to then-emerging artists including Takashi Murakami and Vincent Fecteau. Several artists whom he began representing over a decade ago continue to show at Feature Inc., including the painter Lisa Beck and photographer Richard Kern.

“I never saw an uninteresting show at Feature, even if it was something that I totally didn’t like (which was very rare),” said Mr. Dams, who met Hudson in 1992 and worked at Feature Inc. for years before opening his own gallery. “I would be fascinated because it was important for me to find out well, ‘What is it that he sees? What does this mean to him?’ And then it would become interesting to me.”

Hudson, who would personally greet visitors to the gallery and hand-write letters to artists who sent him unsolicited slides, was known for his limitless energy, and was instantly recognizable by his bald pate and intense gaze.

“He was sort of a poet, I think, in terms of art dealers, as opposed to a steamroller or a refrigerator salesman,” said Mr. Masullo. “He was unique in that you’d walk in and there he was. Anybody with his reputation or how many years he’s been doing it would be hidden behind a wall, in an office—understandably so—but he wanted to be on the front lines and see who came in and engage them in conversation if they wanted to be engaged.”

“If you really wanted to engage in the artwork that was there, he would make himself available and talk to you about it,” said Mr. Friedman. “That was the most important thing for him. He didn’t care if you were interested in buying it or not, but that’s what he lived for: to engage people with art.”

Before he became a dealer, Hudson worked at arts nonprofit organizations and as a performance artist in Chicago. Mr. Friedman, who studied at the University of Illinois in Chicago, did not see any of Hudson’s performances, but he remembered Hudson describing one: “I was wearing a beanbag chair,” Hudson had said, “and I was a beanbag chair.”

Hudson was a mentor to the artists who knew him, many of whom expounded on his passion for art and unflagging commitment to his artists and to his principles.

Distilling his own philosophy, Hudson kept it simple.

“[I]t seems that throughout the years, the driving force has remained the same: to exhibit and share my excitement for what and how artists do what they do,” he once said. “I really don’t have other goals; its been a slowly evolving situation. When I look back at Feature Inc.’s history the essence is the interaction of art and people. It’s been an inspiring education.”

This article has been repeatedly updated as new quotes have become available.