If you live in Los Angeles and work in a news outlet, chances are you’ve moseyed on down to Shia LaBeouf’s art exhibit, #IAMSORRY, where the Transformers star and toothless plagiarist sits alone in a room, with a bag over his head, constantly crying. You can give him tweets or shower him with Hershey’s kisses, you can get him to take off the bag and take a picture…that’s about it.

Mr. LaBeouf has installed himself directly outside of Buzzfeed’s LA offices for this “performance,” in conjunction with Nastja Säde Rönkkö and Luke Turner, so there is no lack of articles online about what it’s like to be trapped in a room with him. But as I am currently on the East Coast, and I imagine that there’s not much of a difference, I just sat alone in a room this morning with a screengrab of Shia’s face. Here is what happened.

I stood outside my bathroom door this morning, waiting to be let in to see Shia LaBeouf’s picture, and also to pee. I wanted to make the situation as authentic to the actual experience of seeing #IAMSORRY as possible, so I pretended that I was in line with a friend from Buzzfeed. By this point, I really had to go, plus, I forgot that I had soaked some bras in the bathtub, like, awhile ago. They definitely needed to be taken out of there. But first! What item should I choose to bring in to see Shia?

I went with the bottle of Xanax.

I entered my bathroom, and pulled up a photo of Shia LaBeouf from the exhibit, with a bag over his head that reads “I AM NOT FAMOUS ANYMORE.” I was debating using the photo where he took off the bag, but I felt the experience would be more genuine if I could write about the eye-holes.

My bathroom was super hot. The snow outside was piling up, a veritable storm, albeit the really quiet kind.  I could hear my glug of the drain as it disposed of my dirty bra . I looked at the picture of Shia. It looked back, empty, vacant, but perhaps somewhat wise?

“Are you Shia LaBeouf?” I asked the picture.

“What is this all about? Is this a stunt?”

Nothing, though I thought, for a second, that I could see a slight movement from the picture from my peripheral in the mirror. It was all very Kubrick. I thought I’d appeal to his sensitivity. “Look man, I know you are just trying to make a living, as are we all, haha, but you seem to be struggling. Not just artistically, but physically. I mean, you pulled out your own tooth. You’ve stopped showering. It’s annoying when James Franco does this kind of stunt, it’s weird when Joaquin Phoenix does this kind of stunt, it’s confusing when Jerry O’Connell does it, but with you I’m actually worried.”
I was lying. I am not that worried about Shia. He’s a 27-year-old man who is putting a bag over his head to get attention from the Internet by putting a bag over his head.
Was Shia crying? With the bag, and my low pixel resolution, it was hard to tell. Still, the room was getting unbearably hot.
“Okay man, good talk,” I said sarcastically. I posed for one last picture. Then I walked back to the living room to write this post. I totally forgot about the Xanax, but it turned out that was okay, too. 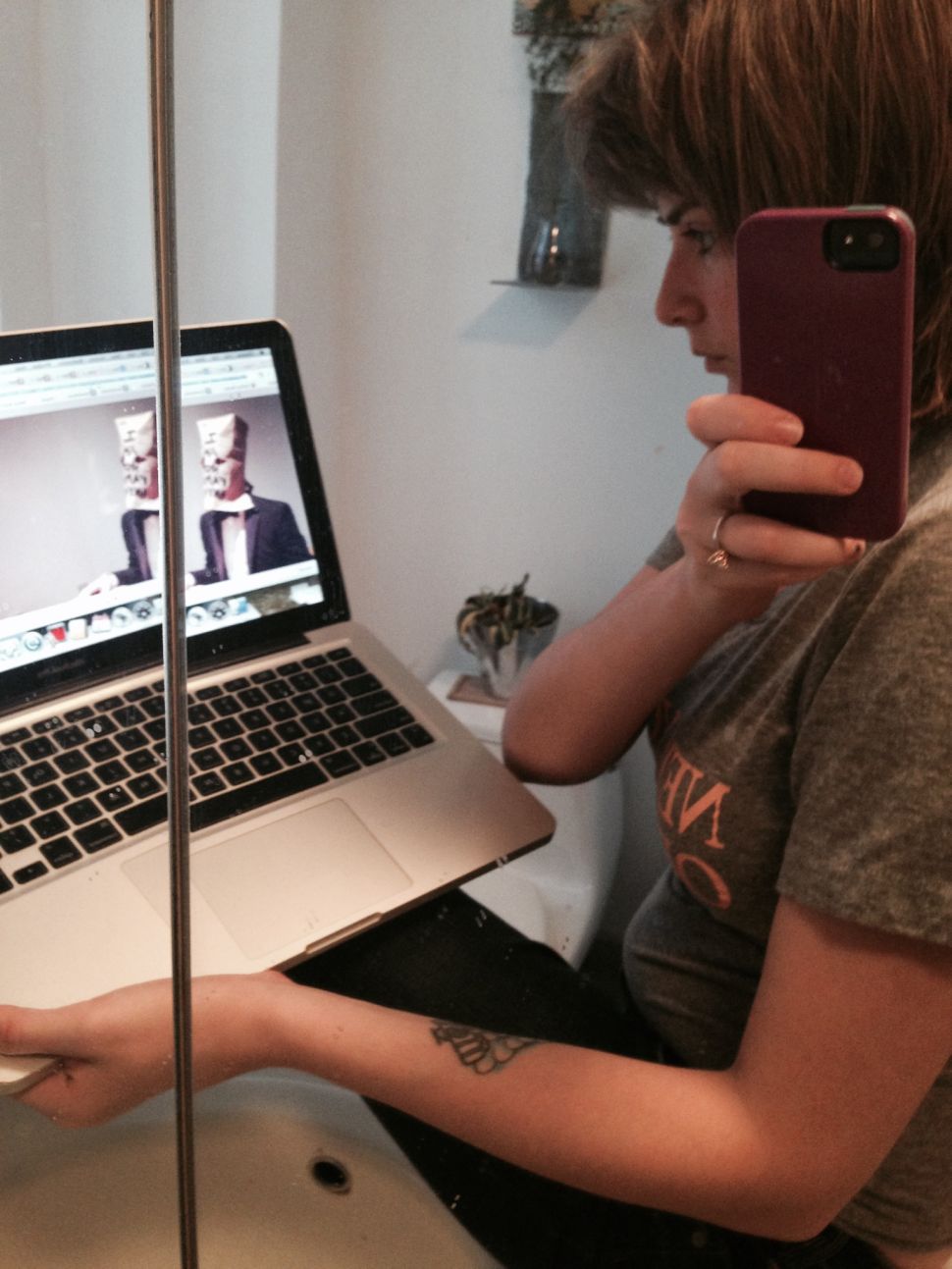