Those mourners who didn’t make it to Philip Seymour Hoffman’s funeral last week can pay their respects on First Avenue.

A mural was created by Michael DeNicola, a street artist also known as ink lungs, along with the Centre-fuge Public Art Project at the corner of First and Second. The piece featuring PSH is part of the Centre-fuge’s transformation of a temporary office for workers on the 2nd Avenue subway line from a trailer to a rotating outdoor gallery. The art changes once every two months on a pre-set weekend.

In 2012, the trailer was host to a memorial for the late Beastie boys member Adam Yaucht, who died that year.

Phillip Seymour Hoffman was found dead in his West Village apartment last weekend due to an apparent drug overdose and his funeral was held on Friday. Even though he is no longer with us we’re glad artists and organizations are taking the time to commemorate the late actor. 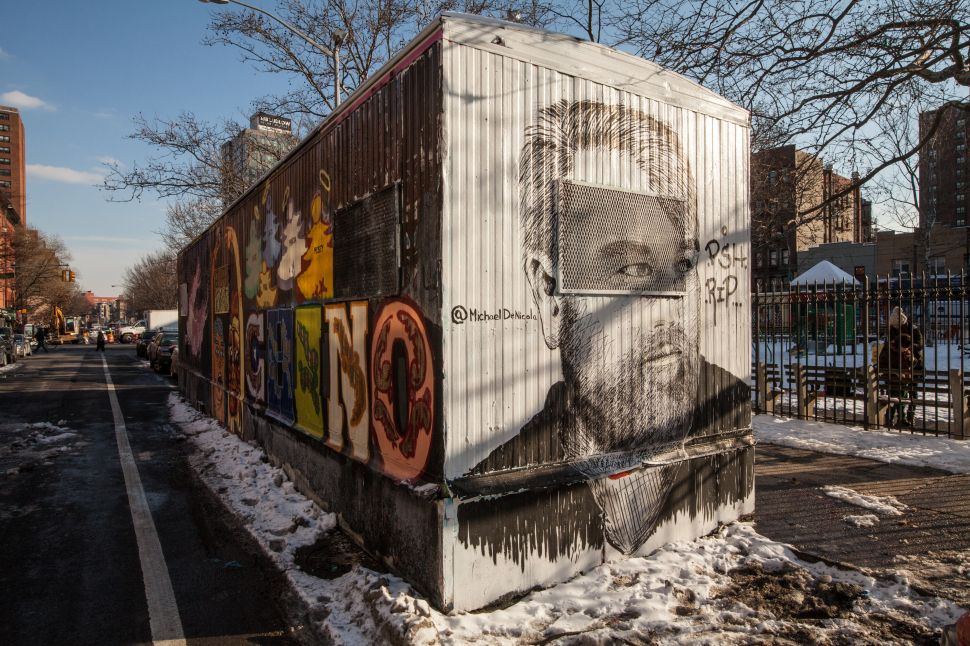