“I’m ugly,” wailed my roommate, GiGi, a 5’11” Brazilian stunner who’d just booked a huge national campaign. It was a hot Saturday in the summer of 1993. Robert De Niro was our neighbor. We weren’t real estate moguls or investment bankers. We were models living in the then up-and-coming neighborhood of Tribeca, eight of us in a slapdash two-bedroom apartment. We were all under 18. It was the third time that month that GiGi had been dumped.

I’d started to notice a pattern to these episodes. We’d be invited to a fashionable club, and GiGi would be introduced to a guy twice her age who would soon disappear. The guy who dumped her this time didn’t even have the decency to call. This man was known to date only models. In the years to come, I would watch “modelizers” become part of the pop culture canon—Mr. Big, in an early episode of Sex and the City, was even suggested to be a modelizer. They were sold as capricious fellows, just doing what fellows do. They were promoted as heroes and conquerors for bedding those elusive creatures called models. But that day, I was only a teenager comforting another teen with a broken heart.

Models were young and naïve, ripe for the picking, easily plucked and then cast aside. The men who dated models were ones adult women steered clear of: slick types, womanizers and Casanovas. Having grown up in a Christian family from a rural southern town, I considered myself a good girl and had maintained a long-distance relationship with my high school boyfriend back home. But I had seen many of my friends used, then cast aside. Because how serious can any guy ever really be dating a teenage girl?  I would have “had a boyfriend” with or without actually having one.

But GiGi was serious. GiGi was in love. GiGi was in love each time another 40-something playboy dazzled her with dinners and wine. Of course she was—she was 16, and 16-year-old girls fall in love with pictures in a magazine. These were not high school romances, teens dating each other, groping blindly in the dark; this was a predator devouring his prey. And we were just young enough to be seduced by the sparkly idea of ever-after with our own perfect Prince Charming.

I was out with GiGi one night at Bowery Bar. She was sporting a bowler hat. I was in satin capris and a red lip. We looked good. It was midnight, and we were all happy in our drinks. The atmosphere had switched from booth sitting and intimate chatting to dance-party roaming.

GiGi and I were situated against a wall, across the room from where Leo DiCaprio was stationed next to his booth. He was just past a boy then, 19, only a few years older than me. His skin held a pale, doe-ish glow. A fan of the grunge-skater costume of the day—baggy jeans, baggy tee, wilted flannel—he liked to wear girls’ headbands and scamper at a nervous tenor. He traveled in a gang of similarly aged boys. Around them hung a dervish of dust and noise in the air akin to that of Charlie Brown’s Pig Pen. They were nicknamed the Pussy Posse, and while they were age appropriate for us to be dating, I had been advised  early on to steer clear. Another one of our roommates had had a run-in with him or his group. A deli was involved, and property had been damaged. My friend stood in horror while this gang of matinee heartthrobs had destroyed the joint and verbally abused the owner, simply because they were bored.

Across the room, GiGi and I were leaning in an attractive way, swirling the stem of our cocktail straws. GiGi was still recovering from a recent breakup, and this was the reason I had acquiesced to going out that evening. As Leo caught GiGi’s eye, she waved.

They were club scene pals. He was up, moving in our direction, making his way past clusters of fashion folk. We had assumed the position that was socially expected of us models, and now our male counterpart would assume his. Taking the bowler hat from GiGi’s head and placing it on his own, he turned to me and asked for a light. “I don’t smoke,” I responded. This made him laugh for some reason. Then, he suddenly grabbed my shoulders and pulled me toward him. I countered his lean-in with a lean-away and chirped, “I don’t kiss strangers.”

As usual, I was the first to go home. On my way out the door, I passed Leo macking on some other young model-girl, still wearing GiGi’s hat.

GiGi would not come home that night.

Alone, I stood waiting for a cab—a difficult thing to find after dark in the early ’90s. Hugh Grant was next to me outside, smoking. As I stood there wondering at the lack of traffic, making frustrated noises, he offered me a cigarette. “I don’t smoke.” I replied. He laughed. I shrugged and went back to ignoring him.

A white limo pulled up, and he got inside, closing the door. A minute passed. I watched for cabs. The limo stayed there in front of me. Soon, a blacked-out window rolled halfway down, and he offered me a ride. I declined, “I don’t ride in cars with strangers.”

He nodded, sending me a wink, handing me a book of matches, “In case you change your mind.”

Looking down at the book of matches in my hand. I opened the flap. Inside was a hotel name and room number and a small symbol. I could not tell if it was a happy face or a dollar sign. 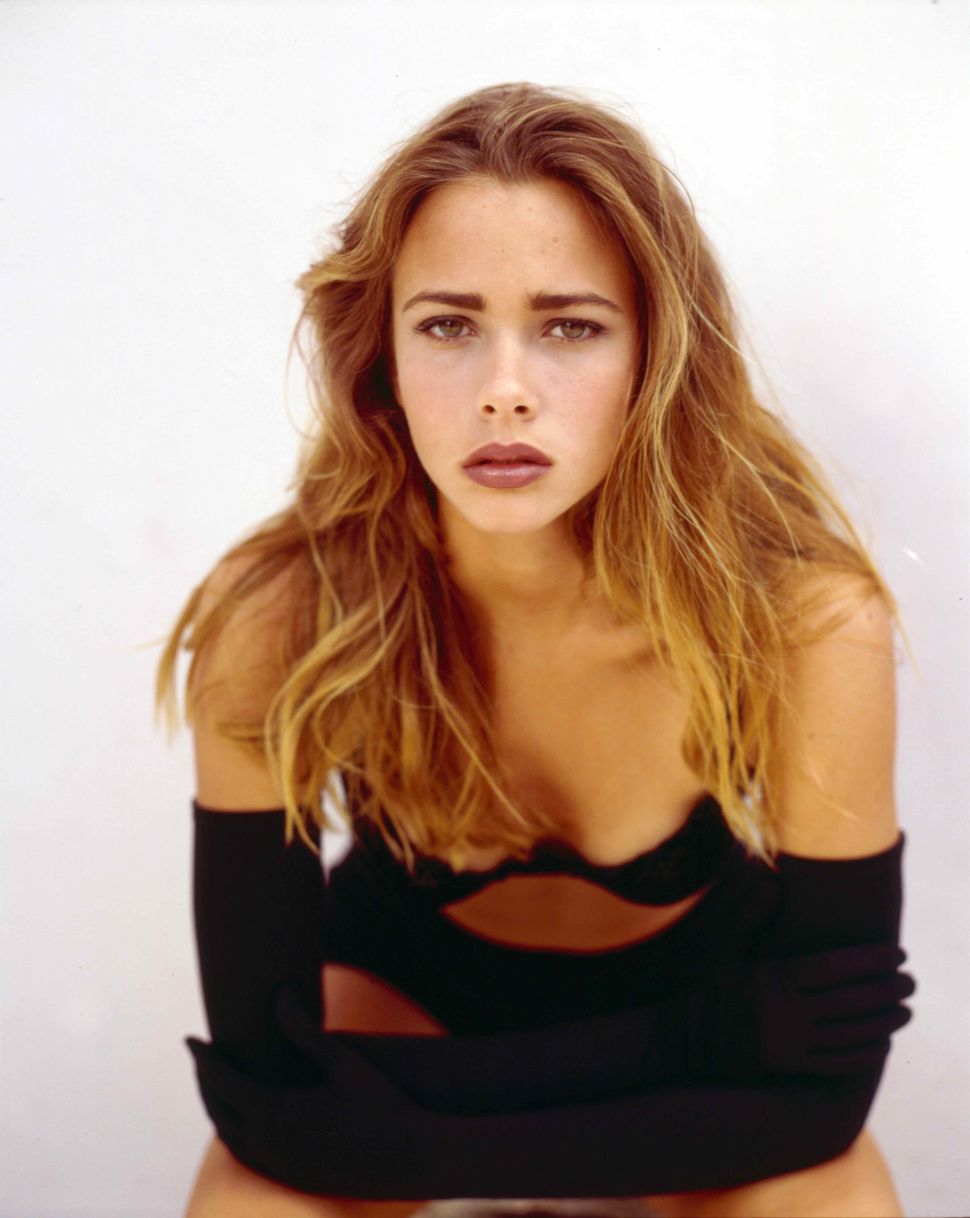