Kevin Spacey and Robin Wright are actors on House of Cards, that Netflix original show about politicians and power that you are only two episodes away from finally finishing so you can get on with your life (or maybe you even managed to finish by the unofficial Monday morning deadline, in which case, congrats!).

Actors play characters. It’s, you know, what they do. They act. But since Mr. Spacey and Ms. Wright act like politicians on a show about politics, they are asked questions about political corruption.

Because they did research.

A reporter in an upcoming story on Capitol File asked Ms. Wright if the unnamed White House staffer whom she used for character research believed that reporters slept with sources and politicians.

“Oh, yeah,” the actress who plays Claire Underwood replied. “D.C. is more corrupt than Hollywood. It really is. It’s more sleazy than Hollywood… how much infidelity goes on.”

During the first season last year, Mr. Spacey spoke to Capitol File about his political interest (he apparently does have some) and the show’s accuracy.

Politics became a point of interest for Spacey decades ago. He’s been involved one way or another since the ’70s, stuffing envelopes for Jimmy Carter and campaigning for Ted Kennedy and Bill Clinton when each ran for president. But playing Frank Underwood is about as close as Spacey would like to come to a run for office, or even a role in bureaucracy. “I’m a person who likes to set a goal and then achieve it. I like to get things done,” he says. “I would never walk into a profession where I’d [know] I was going to be frustrated for the rest of my life.”

How close to reality the show comes is up for debate, but it’s not hard to imagine there’s some truth to the dialogue and plot lines. “We were in the middle of filming House of Cards during a presidential election,” Spacey explains. “I’d often get back to the hotel and turn on the TV, and think to myself, ‘Our story lines aren’t that crazy.’”

Last night, Mr. Spacey went on The Daily Show to promote the show. Mr. Spacey followed around some Whips and went to some Whip meetings, he said, when asked about his research. And sure, there is research that goes into becoming a character. But we like Mr. Spacey’s take-away better.

His conclusion? Politics feels like performance art, and most politicians are bad actors.

Because acting is actually a subject in which actors are experts. 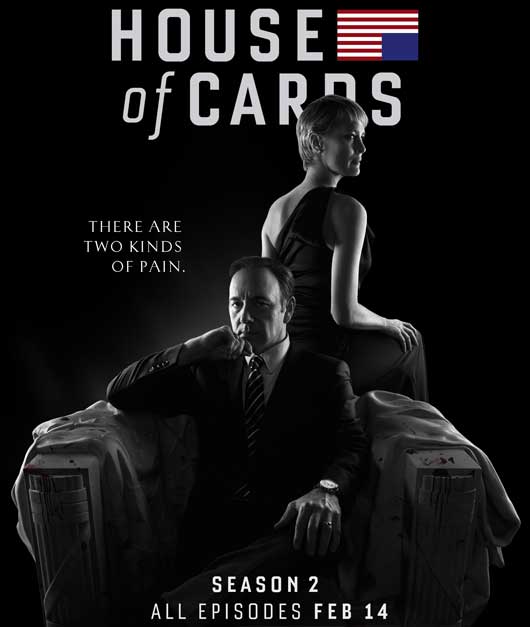