Customers will give the orders now.

Hands up New Yorkers! You could soon start your evening in a jail cell.

A retired NYPD officer plans to open a cop-themed bar complete with a police car, a jail cell, a precinct desk, and a commissioner’s room, DNAinfo reported.

“I can bring you in in handcuffs and you’ll actually think you’re in a precinct,” Steven Barounis, who served on the NYPD’s Bronx Task Force until 2011, told the website.

After negotiations failed for a similar bar that he planned to open in Midtown East, Mr. Barounis signed a lease at 315 W. 46th St in January. He now expects The 46th Street Stationhouse to open in April, if Community Board 4 gives him a liquor license on March 11.

Mr. Barounis has already bought a 1968 Plymouth Fury police car, equipped with a siren and LED lights that will flash and whoop. The car will be the first thing guests see upon entering the two-story bar, and yes, you are welcome to sit inside it.

One of the rooms will display images of Hollywood icons, including TV detective Columbo, and the hall leading to the back rooms will be decorated with mug shots of celebs like Lindsay Lohan and Frank Sinatra, DNAinfo reported.

The first floor will also have an L-shaped bar desk, serving as a precinct desk. A jail cell will be located in the back, and there will also be a commissioner’s room with a fireplace for formal dining.

The Barounis’ family already owns multiple bars in the city including the The Auction House on the Upper East and Back Room in the East Village, but this is the retiree’s first own business venture and he is excited to be back in the world of handcuffs and batons.

“I’m not going to lie, I really miss the job,” he said. “I hope this theme works because I really loved what I did.” 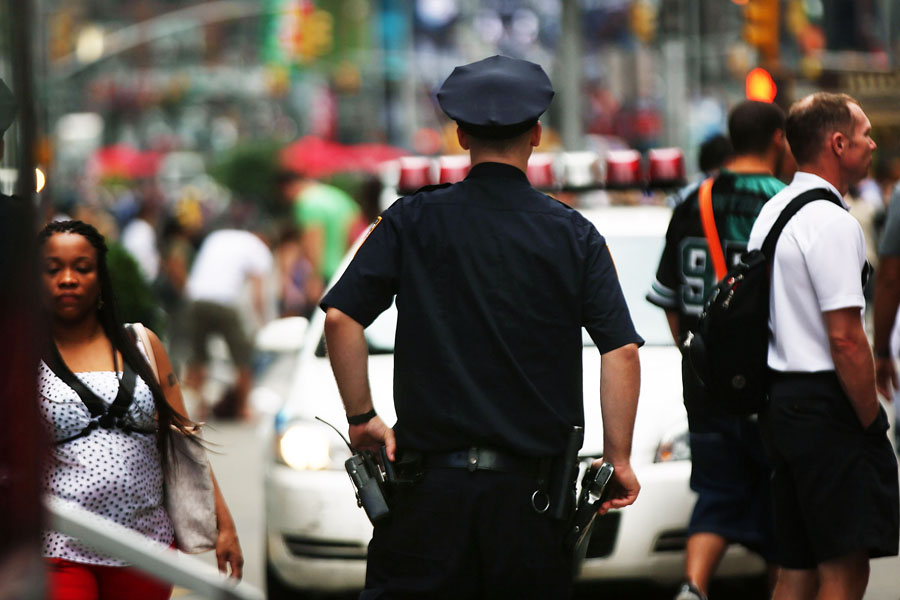