The committee, voting on party lines, approved three resolutions for each Kelly and Stepien that were an apparent move to compel them to produced subpoenaed documents.

The votes were procedural and could set the stage for lawmakers to find Kelly and Stepien – who cited the Fifth Amendment – in contempt for refusing to comply with the subpoenas.

A new deadline will be set for Kelly and Stepien to comply, lawmakers said. 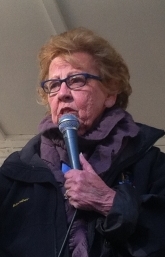