Poised for departure, 24-year veteran U.S. Rep. Rob Andrews (D-1) bid farewell to the House of Representatives this morning in an address on the House floor.

“We’ve done a lot of good things,” said Andrews. “We passed the Affordable Care Act, which will stand the test of time.”

He noted the 150,000 constituents who have relied on his office over the years and called them an inspiration.

“So too are you, my colleagues,” he told his fellow representatives. “People should not confuse debate with division. Healthy, passionate debate is the elixir of democracy. We should never confuse a difference of opinion with a difference of intention.”

Under investigation by the House ethics Committee for his use of campaign funds for personal use, Andrews couldn’t afford the legal bills anymore, sources said. 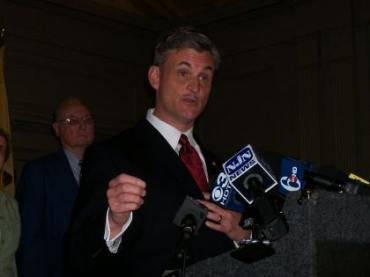