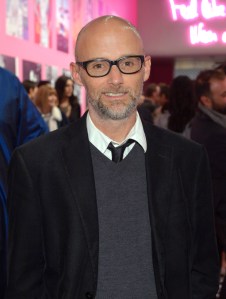 On the Creative Time Reports website Moby has written a blog post explaining that he has moved to Los Angeles because in his opinion New York no longer sustains artists.

During the 1990s, thanks to the cessation of the crack epidemic, New York became increasingly safer and more affluent, and less artist-friendly, but it was still the place I wanted to call home. What happened next reminded me of Gremlins: you’re not supposed to feed the gremlins after midnight or they metastasize. Gremlin midnight came to New York sometime in the mid-‘90s. I realized then that most people I met in New York were happily observing and talking about culture, but not necessarily contributing to it. It seemed New York had entered the pantheon of big cities that people visit and observe and patronize and document, but don’t actually add to, like Paris. No one goes to Paris imagining how they can contribute to the city. People go to Paris thinking, “Wow, I want to get my picture taken with Paris in the background.” That’s what New York became, a victim of its own photogenic beauty and success.

The Awl, where we found this story, identifies this as indicative of something or other: “Once the ‘society truffle-pig‘ of New York City, rooting out trends and snuffling up excitement, Moby, graduate of Darien High School and brief attendee of Connecticut College, was the ultimate Lower East Side fixture.” He will also be remembered for his contribution to this 30 Rock joke.