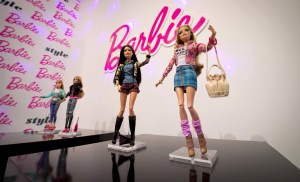 Randy Kennedy follows Walmart heiress Alice Walton’s curators as they travel the country looking for 100 under-recognized artists for a show at her Crystal Bridges Museum of American Art, “a kind of heartland response to the Whitney Biennial.” [NYT]

Michelangelo’s fame was built on forgery, new book claims. “He is known as a Renaissance great – but Michelangelo was also a skilled forger who made copies of major works before ageing them with smoke and swapping them for the originals.” [The Independent]

Judge temporarily stops RFR from removing Four Seasons Picasso tapestry: “I don’t want to be the judge who has a Picasso destroyed.” [NYT]

Georgina Adam looks at “An extraordinary lawsuit…filed in New York by the former corporate raider Asher Edelman.” His company, ArtAssure, is suing a Swiss company for $204 million after a deal to buy 183 works from the Hiroshima Art Museum in Japan soured. “According to the complaint, a Swiss-based company, Artmentum, offered ArtAssure the works for €315m in a transaction that was ‘sensitive and confidential’ because two Japanese politicians would be dismissed if it became public.” [FT]

The Broad Art Museum, which had planned to open this year, has pushed back its opening to sometime in 2015, because of construction delays. On the plus side, there’s now news of a freestanding restaurant in the works. [NYT]

“Who needs a Barbie doll when Mom is the legendary pinup Stephanie Seymour?” Derek Blasberg on the Brant family. [Harper’s Bazaar]

The Monuments Men: George Clooney, who can be like Cary Grant and Clark Gable, has apparently “been harboring a desire to tap into his inner Gregory Peck — noble, stolid, dull.” [NYT]

What better way to mark the outbreak of WWI than stealing some stuff? British police think this year’s going to be a bad one for war memorabilia crime. [The Art Newspaper]

Lucian Freud’s Darling Felicity letters are up for sale. [The Guardian]