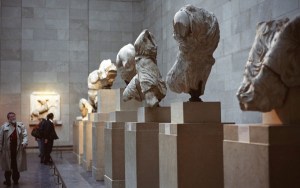 Here’s a profile of Marianne Boesky, who’s opening a new space for emerging artists on the Lower East Side. “My hope was just to be able to feed myself and keep the doors open,” she said, of first opening a gallery. “It never occurred to me I’d be able to buy a house and a boat and all these things.” [WSJ]

Cornelius Gurlitt, the 81-year-old Munich art hoarder, has set up a website to tell his story. [NYT]

Former British ambassador in Athens on George Clooney and the Parthenon marbles. [LRB]