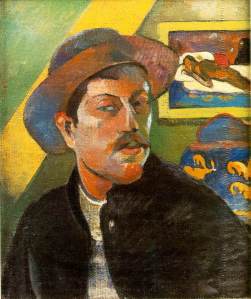 “‘Could you raise your hand if you’re an art collector?’ [Gagosian] said. Few did. ‘What am I doing here?’ he said half serious, half incredulous. He was relieved when he asked if they “occasionally” bought art and more hands finally went up.” [WWD]

“Four human teeth found buried outside Paul Gauguin’s hut in the Marquesas Islands are almost certainly those of the artist, according to tests arranged by the Field Museum in Chicago. But the discovery throws into question an almost universally held belief among art historians–that the French painter suffered from syphilis.” [The Art Newspaper]

A profile of the last movie billboard painter in Greece. [NYT]

Archival police photographs by the mysterious “Oliver,” the West Coast Weegee, will be shown for the first time at Paris Photo Los Angeles. [The Art Newspaper]

Ann S. Moore, the former CEO and chairwoman of Time Inc., will open a Chelsea gallery. “At my age,” she said, “you can either put your money away, or you can spend it and have fun and that’s what I’m doing. Maybe I’m crazy, but I’ve decided to see what I can do.” [NYT]
Eyebeam, which is currently based in Chelsea, has tapped WORK Architecture Company to build its new location in Brooklyn. [NYT]
Here’s a report from the John Waters and Jeff Koons talk. [Los Angeles Time]