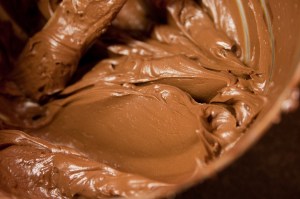 Thelma Golden sat next to French President François Hollande, who is splitting with his wife, at the state dinner last night. The meal included “Hawaiian chocolate-malted ganache, and purple irises and free-flowing vines meant to evoke Monet.” [NYT]

“Beleaguered actor Shia LaBeouf sits silently in an L.A. art gallery with a bag over his head as part of an art installation.” [LAT]

Arte Povera made it rain in London. [NYT]

Hilary Mantel portrait will be displayed at British Library [NYT]

Graffiti artist John Perello (a k a JonOne) has taken a dealer to court for allegedly selling works falsely attributed to him. [The Art Newspaper]