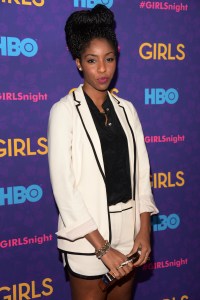 The Daily Show‘s Jessica Williams will be the Jewish Museum’s Purimspieler at this year’s Purim Party. [WSJ]

A defense of Aby Rosen’s efforts to take down the fragile Picasso in the Four Seasons. [Town & Country]

Five artists have withdrawn from the upcoming Syndey Biennale, citing its sponsorship by Transfield Holdings, which has an affiliate that has been awarded a contract to run an immigrant asylum center that has been criticized for its poor conditions. [ArtReview]

“Fabergé and oligarch throw eggs at each other in trademark dispute.” [The Art Newspaper]

“In advance of next week’s trial against Subhash Kapoor, public collections start to deal with the objects they bought through the New York antiquities dealer.” [The Art Newspaper]