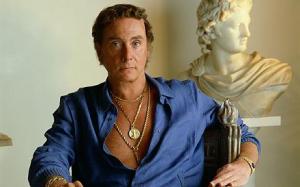 Virginia Dwan, whose gallery will be the subject of a show at the National Gallery of Art in 2016, talks about her career. [Artforum]

“Last night’s [London] tally represented an 18 percent increase from Sotheby’s contemporary art auction a year ago and fell within the firm’s estimated range, as 47 of 57 lots were sold.” Top lots: Warhol, Richter. [Bloomberg]

“The Peggy Guggenheim Collection in Venice put to rest a 40-year-old mystery this week when a work dubiously attributed to Léger was revealed by Italy’s Institute of Nuclear Physics to be a fake made after 1959.” [The Art Newspaper]