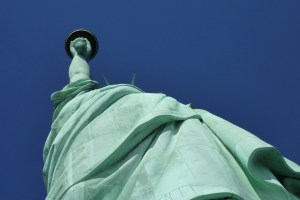 The Statue of Liberty. (Photo by marksusnl/Flickr)

Carol Vogel has a guide to the Whitney Biennial. [NYT]

The Public Art Fund will put parts of Danh Vo’s sprawling We the People sculpture on view in City Hall Park and Brooklyn Bridge Park in May. [NYT]

Steve Elmendorf and Mark Rosman join the board of the Smithsonian’s Hirshhorn Museum and Sculpture Garden. [Artforum]

Authorities will seize a Roman statue held in a Queens warehouse that they say was looted. [NYT]

“The Academy of Motion Picture Arts and Sciences spent about $50 million to buy up parcels for a movie museum. But now the museum will be built elsewhere and the site has been sold to a developer.” [LAT]