“I dont know yet,” he said, when PolitickerNJ asked him if he will seek another term. “I’m really not sure. The truth of it is I’m not. There are probably people out there circling their wagons. If I run and someone decides to run against me and beats me then I will wish that person well.”

A sprinkler fitter for 42 years, local business agent for the trade, Candura has served as Morris County Democratic Chairman for ten years.

Candura is a longtime ally of Senate President Steve Sweeney’s (D-3), who is poised to run for governor.

“That’s one of my motivations, I’ll be perfectly honest with you,” Candura said, of his alliance with Sweeney weighing on him remaining as chairman. “But the reasons driving me right now have nothing to do with the political end of it. I would love to stand up there someday and say ‘Morris County endorses Steve Sweeney for governor,’ but then again, Steve Fulop is someone I have just recently become friends with. Steve has a lot of friends in Morris County. That would be tough. But I have known Steve [Sweeney] for a lot longer time.” 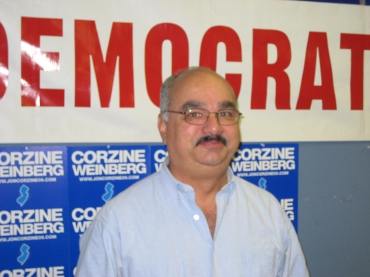