A barbecue restaurant set to open in the East Village is putting its landlord’s feet to the fire over termite problems and structural issues in the space.

The owners of Pride and Joy BBQ are suing Hayne Suthon for allegedly lying about the building’s condition and then attempting to evict them from the location for demanding repairs.

The lawsuit, which was filed in New York State Supreme Court Feb. 7, alleges that the building is infested with termites, and that the frame of the building is deteriorating and the roof and walls leak. There are “almost too many structural deficiencies to count,” according to the suit.

Pride and Joy BBQ was originally scheduled to open last summer, but the structural snags have both delayed the restaurant’s opening and resulted in hundreds of thousands of dollars in repairs and lost income, according to DNAinfo.

These are just the latest issues to hit 24 First Ave. since Pride and Joy signed the lease for the location in November 2012. Mr. Suthon, who also owned the space in its previous incarnation, as the “drag cabaret restaurant” Lucky Chengs, forbade the restaurant’s owners from inspecting the structure of the building. They did anyway, and the resulting problems have cost $2.5 million in renovations and repairs and $600,000 in rent.

Pride and Joy BBQ has stopped paying its rent while the deal is in flux, and Mr. Suthon is now threatening to evict the restaurant. The owners (Pablo Cardenas, Chris Mayer, Paul Thielecke and Michael Saladino, according to the New York State Liquor Authority) have filed for a court order to block the eviction and are seeking $22 million in damages.

The troubled restaurant is also still reeling from an ongoing case involving chef Myron Mixon, who sued the venture in October 2013 for trademark infringement and breach of contract.

No word yet on whether the restaurant will have to eat crow with its baby back ribs. 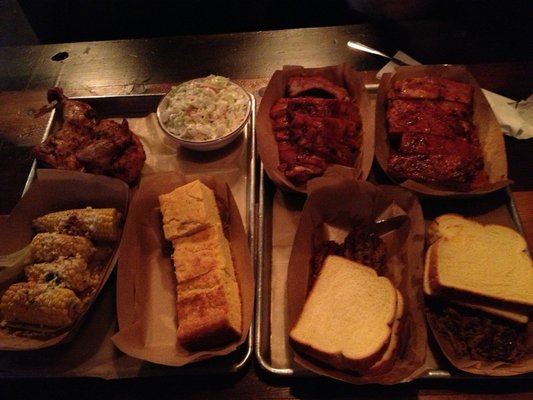