Three New York Democrats–Congressmen Dan Maffei, Sean Patrick Maloney and Hakeem Jeffries–held a press event this morning to declare their support for publicly funded systems for federal and state elections modeled on the one that governs city elections.

The plans–recently introduced on a state level by Gov. Andrew Cuomo, and on a federal level by Maryland Rep. John Sarbanes–amplify small contributions with the hope of shifting campaign influence from special interest groups to grass-roots donors.

“We absolutely need to get our elections back to the every day, citizen-led elections,” Mr. Maffei told reporters in a conference call today, warning of the current power of “outside groups willing to spend more to win the election.”

The proposed plans closely mirror the donation-matching system already in place in New York City where donations up to $175 are matched six-to-one. Proponents of the city’s the fund-matching system argue it has enabled smaller candidates to run for office when otherwise-unrealistic campaign expenses would have limited their reach.

“One of the benefits [of the plan] is it gives everyday New Yorkers the ability to participate in those elections as candidates,” Mr. Jeffries said, adding that current campaign expenses are particularly demanding for candidates for higher offices like Congressperson. “In New York it would cost at least  $1 million–and even $2, $3, $4, even $5 million–to mount a credible [congressional] candidacy.”

Funds for the proposed federal election matches have yet to be established, however. “Funding is not part of this bill,” Mr. Maffei said, suggesting raising the funds by closing corporate loopholes or creating “some sort of surcharge for registered lobbyists.” (As presidential candidates are already eligible for public matching funds, the federal bill would only apply for congressional candidates.)

New York would rely on taxes for its funds, but Karen Scharff from the New York Fair Elections Campaign said the program “would only cost $3 per New Yorker per year to fund the public matching funds”–less than one-tenth of one percent of the state budget, she said.

Critics, including many Republicans, argue matching systems are prone to abuse and a waste of taxpayer resources. But Ms. Scharff expects New Yorkers to “save more money than we would spend” on campaigns with the program.

Mr. Maffei concurred. “In time I think this will lead to much less expensive elections overall,” he said, “simply because there won’t be that advantage of being able to buy an election.”

Both bills face uphill battles in their respective legislative bodies. 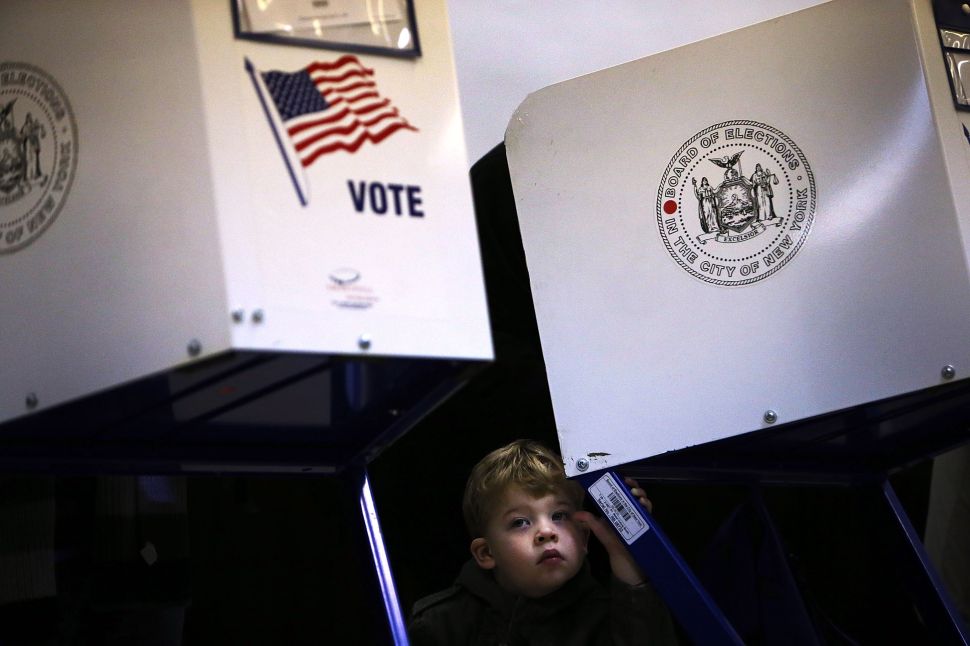