One central theme of Jeffries’ seven-point plan to improve the state’s largest public school system was a call for a return to local control, which was combined with criticism for state-appointed Newark School Superintendent Cami Anderson.

“Our superintendent, unfortunately, has in recent times run roughshod over our community’s fundamental interests,” Jeffries said to a crowd of more than 100 supporters assembled at his Central Ward headquarters. “She has not shown enough respect for community values, and in so doing has caused so many in our community to feel as if their voice does not count. I say this as a father of two: no one is ever going to do anything that’s going to affect my babies without coming to talk to me.”

Jeffries and Carl Sharif, Jeffries’ campaign manager, were photographed this week in an Irvington IHOP talking to Anderson, the architect of the controversial One Newark school organization plan. The resulting furor after the picture was posted to Facebook, as reported by PolitickerNJ.com yesterday, led some Baraka supporters to accuse Jeffries of coordinating his efforts with Anderson.

Jeffries, a former Newark school board member, took the opportunity to blast Baraka, a public high school principal on leave, for trying to inject politics into the education policy debate.

“Too many, including my opponent in this race, would rather stick their head in the sand and pretend that everything is OK, that all of our problems are reducible to the scapegoat of the day,” Jeffries said. “We have some who would play politics with the lives of our children.”

While outlining his plan, Jeffries offered stark figures to support the idea that what’s at stake in the upcoming election is nothing less than Newark’s future.

“This was always a bad situation for our children, but in the modern economy this is catastrophic,” Jeffries added. “Our kids have no chance in the modern world if they do not receive a world-class education. We will not rest until that happens.” 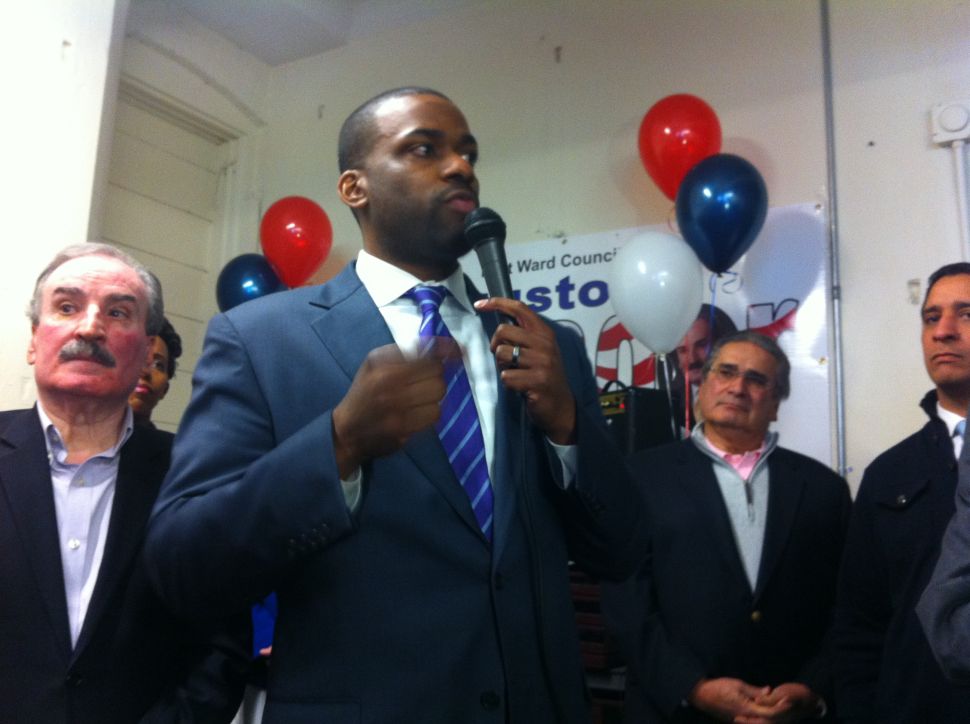