TRENTON – Parents of children gunned down inside their school in Newtown Connecticut in 2012 returned to the New Jersey Statehouse Monday to support legislation that would limit the number of rounds in magazine clips.

The emotional news conference brought the Senate’s top lawmaker and minority leader to tears as legislators promised to clear the bill through the Democratic-controlled Legislature. The proposal would reduce the number rounds from 15 to 10 in a firearm magazine.

“I’m proud to be standing here today supporting this. Thank you,” said an emotional Senate President Steve Sweeney (D-3), the bill’s sponsor, who was holding back tears as he spoke beside two parents who lost their children in the school shooting.

“We see no reason at all on earth to oppose this,” said Nicole Hockley, whose son Dylan was one of 20 first-graders and six educators killed.

“In Newtown, we learned the brutal truth about the devastation that a large capacity magazine can cause,” she said, arguing – like she did when she first visited the Statehouse in nearly one year ago – that 11 children were able to escape death when the gunman took time to reload his weapon.

“Perhaps my son would still be alive,” she said.

Sweeney, who is sponsoring the bill nearly a year after he declined to support the measure, told reporters he changed his position.

“Yes,” he responded when asked directly if he changed his mind.

Democratic leadership in both chambers support the measure and the bill was acknowledge to likely clear the Senate and Assembly with ease. Thus, supporters say it’s up to them to put pressure on the state’s governor to enact the measure.

“There’s somebody else who’s not in this room,” said Bryan Miller, the executive director of Heeding God’s Call, referring to Gov. Chris Christie.

“What’s more important is public safety in the state where he was elected to govern us all,” Miller said. 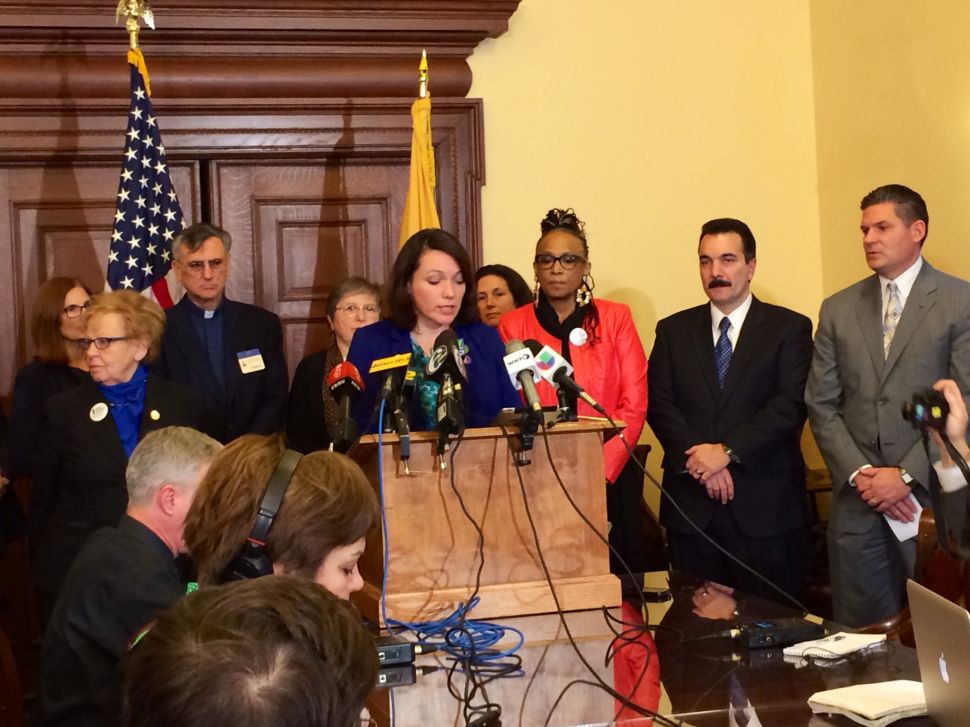