Strengths: He defined himself in opposition to Christie at exactly the right time, becoming the first politician to win a political fight with the indefatigable governor in his resistance to a Christie-coordinated coup to dislodge him as senate minority leader. Son of former Gov. Tom Kean, he also has name ID, of course.

Weaknesses: Although he ran statewide before, he remains haunted by that 2006 unsuccessful effort. True, he did better than any other GOP challenger at the height of Bush Iraq War outrage, but he also made well-documented missteps.

Prognosis: He appears poised to make one more statewide run. 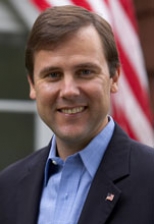