New York City has worked hard to present an appealing and welcoming image to the rest of the world, attracting a record number of visitors who spend money here and invest in city real estate. They create thousands of jobs and over $50 billion in economic activity. Tourism, hotels and construction are some of the largest economic and tax generators for our city.

But some critics question the civic value of constructing super-luxury buildings, especially tall ones with views of Central Park, such as those that my company is building on Manhattan’s West 57th Street. Some suggest that we saddle purchasers of such apartments with extra taxation, even though they make few demands on the public services their taxes help underwrite.

Others intentionally ignore the economic benefits and jobs that development provides, seeking to add new layers of regulation in order to stop large-scale construction that provide high-quality jobs both during the building phase and after.

A New York Times business columnist recently wrote that “ultra-wealthy nonresidents who own property in New York City certainly make a ripe target for potential revenue.” A Times architecture critic, stepping far beyond his area of expertise, suggested “the mayor could lobby to raise taxes on those out of town plutocrats buying zillion dollar aeries.”

Do we want to send a message to wealthy pied-a-terre buyers, both American and international, that they are a ripe target and New Yorkers are going to charge them more for the privilege of investing in our city? If we subject foreigners to added taxation for owning a residence in New York City, it’s just common sense that many fewer will buy. If we drive away a pool of ready buyers at luxury prices, some of these buildings will not get built at all.

We need a balanced approach if we don’t want to injure—or kill—the goose that lays the golden egg.

To assemble a large site along with unused air rights, enabling a large building, takes many years and very substantial sums of risk capital. It took Extell 10 years to assemble the site for One57-a mixed-use building with a Park Hyatt hotel at its base—and eight years for the Nordstrom tower a block to the west. Tall buildings cost more to build and take longer, exposing the projects to significant risk, such as the market crash of 2008.

New construction is the lifeblood of major cities, providing dynamic renewal and serving as a major economic engine and revenue generator for city and state coffers. Over the next 20 years, One57 will generate over $1 billion in real estate, sales, hotel occupancy and other taxes, according to planning documents we prepared for city review. The Nordstrom tower, which will house the first new department store to open in Manhattan in over 40 years, will contribute more than $2 billion in tax revenue.

Critics have a right not to like the design of One57, a sinuous sculpture of cascading ribbons of glass on its south facade and a Klimt-like pixilation of glass that changes color and transparency as the sun progresses on its east and west facades. They can inveigh against the Nordstrom building, even though most criticism is based on premature and incomplete drawings and faulty information.

But they cross the line with throwaway advice to Art Students League members to vote against their future and turn down the tens of millions of dollars my company has offered for the right to build a cantilever on the Nordstrom tower that would begin more than 200 feet above the roof of the League building. That plan was approved by the city’s Landmarks and Preservation Commission, and welcomed by the art league’s leaders. The same Times architectural critic, however, expressed the hope that “cranky artists might still succeed where Landmarks failed, and shelve the cantilever. Here’s hoping they do.”

What possible purpose, other than spite, would this advice serve? The building will still be built, just as tall, but it would hurt Nordstrom and Extell needlessly, affecting the expanded floor plate essential for modern department stores and providing more attractive floor plans for the apartments above.

More importantly, it would hurt the Art Students League, an institution that for over 100 years has nurtured American artists. The League plans to invest the proceeds of Extell’s payment for the cantilever permission to renovate and expand its landmarked building, and add programs and scholarships to serve its members. Who will replace that money? Advising the Art Students League to reject a plan that benefits them is like the armchair general, safe behind the lines, declaring his army will fight to the last man.

A few blocks from my Queens home live some of the best structural concrete workers in the world. They earn an average union wage over $100,000 a year. The thousands of person-years of union jobs generated by construction of these buildings, as well as the hundreds of permanent jobs at the Park Hyatt and Nordstrom, provide meaningful employment to middle class New Yorkers. Jeopardizing the ability to build buildings like these also jeopardizes their livelihood.

Disregarding the jobs and other benefits that development brings our city is a brand of elitism that may be fine in the rarefied circles of architectural critics, but has no place in the multidimensional world of public and social policy.

Last week, the members of the Art Student League voted to approve the cantilever transaction, by a vote of over 1,300 to 200. Which just goes to show that the artists may be cranky- but they are not stupid.

Gary Barnett is the President and founder of Extell Development Company 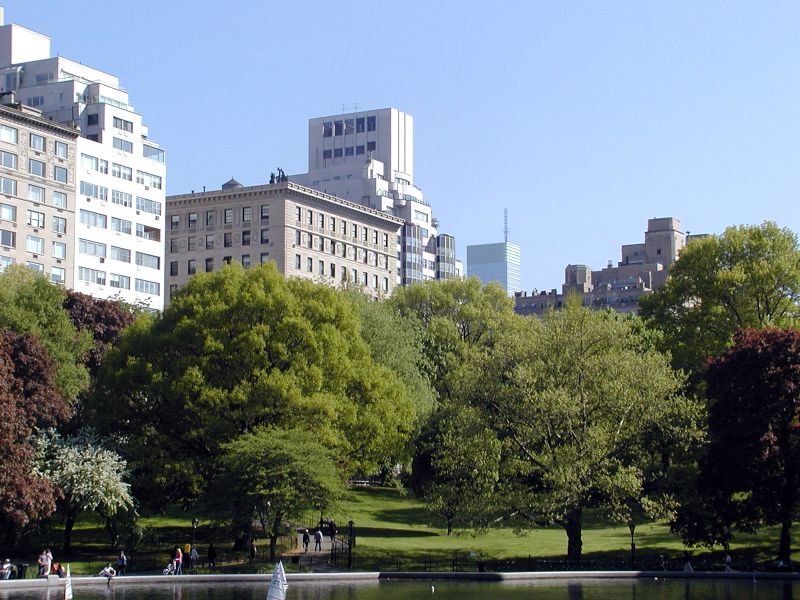