Upper East Side staple Jim’s Shoe Repair’s website boldly claims “we love challenges.” But after 82 years, the store will close its doors.

The shop, which was opened in 1932 by Vito Rocco, is being pushed off the block by an extension of its neighboring Duane Read. The extension, according to Vito’s grandson Joe, was a surprise even to the Rocco family.

“My father went up to ask for an extension,” Mr. Rocco told Vanishing New York. “S.L. Green told him no. They already made a deal with Walgreens. They didn’t even tell us.”

New Yorkers looking for heel replacement have until September, when the Rocco family’s lease comes to an end. Until then, loyal customers have to make do with signing the petition in the shop underneath a banner reading “Help Us Preserve the Character of NYC.”

The petition has over 2,000 signatures so far.

“People are heartbroken,” Mr. Rocco told Vanishing NY. “They’re ready to cry when they see we only have eight months left.”

And with good reason. The store, which still preserves its antique wooden look and original 1930’s cash register, is the oldest institution on a Madison Ave. block filled with chain stores.

“What’s happening to the city is horrible,” Mr. Rocco said. “There’s no character in the neighborhoods anymore.”

The next time we chip a heel on the sidewalk or submerge a leather sole in a wintery puddle, we know we will miss Jim’s. 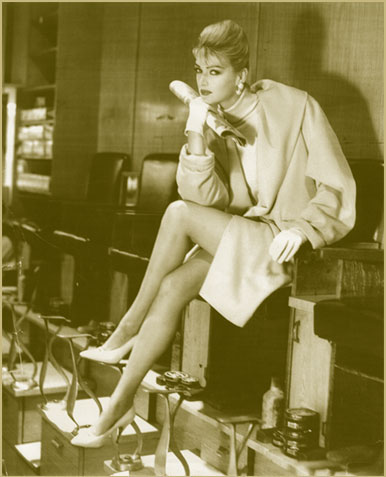