Would you like some mustard … and an arrest warrant on that?

A Manhattan hot dog vendor is on the run after accumulating $300,000 in unpaid fines for various violations, the New York Post reports.

By obtaining fake IDs and altering social security numbers to obtain new Health Department licenses, the dirty dog known as Ehab Elsayed or Mohamed Elkholy or Mohamed Elsayed (the list of names is probably longer) has been able to stay on the streets.

He’s had his licenses yanked four times between 2005 and 2012, but that hasn’t stopped him from peddling  sketchy wieners. His footlong record of unsanitary salesmanship includes everything from contamination to selling on restricted Midtown streets.

This isn’t the NYPD’s first “ketch-up” with Mr. Elsayed. He was busted in 2012 for felony forgery and tampering with public records, but the charges were reduced and the case was sealed for unknown reasons, according to a Manhattan Supreme Court Clerk.

Mr. Elsayed must really love selling his precious wieners, since he was arrested again in January 2013 for vending without a DOH-license. After missing his June court date, the police issued a new warrant and are on the hunt. 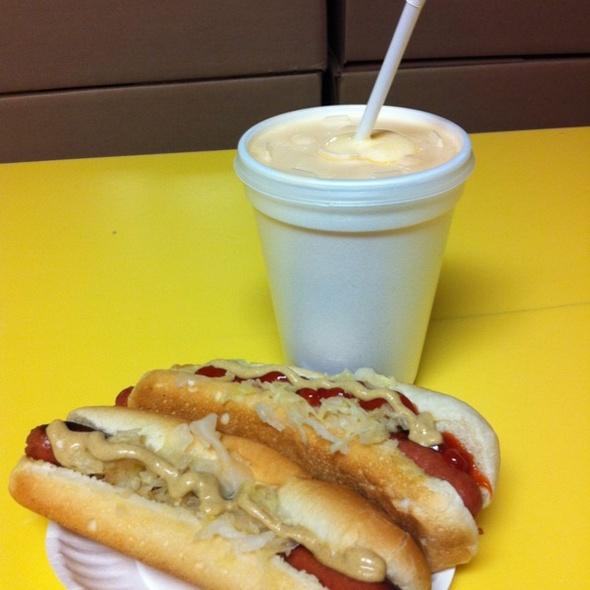