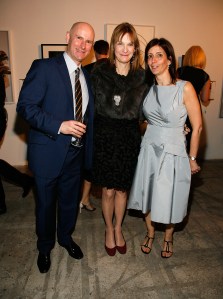 Today the Public Art Fund announced that Patricia E. Harris, Elizabeth Fearon Pepperman and Matthew D. Bass are the newest members of its board of directors.

They’re big names! Ms. Harris, you may recall, was first deputy mayor of the City of New York in the Michael Bloomberg administration, from 2002 until Jan. 1 of this year. Ms. Pepperman is a former Brooklyn assistant district attorney and president emerita of the Children’s Museum of the Arts. Mr. Bass is a vice president and the chief operating officer in AllianceBernstein’s alternative asset division and previously served as a program director with the U.S. Department of the Treasury.