On 18 May at Cipriani, Sean Penn will be honored by my organization, This World: The Values Network, for his work in saving the life of Jacob Ostreicher, a Hassidic Jew who was unjustly accused and rotting in a Bolivian jail for three years. Joining him as co-honorees this year, the silver anniversary of my time in the Rabbinate, are Senator Cory Booker of New Jersey and Ambassador Ron Dermer of Israel, both of whom served as student Presidents at the Oxford L’Chaim Society while I was leading it. John Prendergast, the great anti-genocide campaigner and former under Secretary-of-State for Africa under Bill Clinton, and Bret Stephens, who won last year’s Pulitzer Prize for Distinguished commentary, will also be honorees. The hosts for the dinner are the world’s foremost Jewish philanthropists, Dr. Miriam and Sheldon Adelson, and Birthright Israel co-founders, Judy and Michael Steinhardt.

Mr. Penn not only electrified the world by saving Mr. Ostreicher by apparently secreting him out of Bolivia at considerable personal risk. He has also remained in close contact with Mr. Ostreicher and is extending himself significantly to help him rebuild his life back in the United States, after the horrors to which he was subjected.

This is a small part of the humanitarian work Sean Penn performs.

The world descended in force to help with Haiti. The world stayed for a while, did what they could, and mostly left.

Mr. Penn stayed on. For an entire year. Living in a tiny room in a house he shared with more than 20 people. And he remains, four years later, intimately involved with Haiti, raising millions of dollars, building homes, building schools, clearing the rubble from the streets, and serving as Ambassador at large.

At one point he was running a refugee camp with an astonishing 6o,ooo people, nearly all of whom his organization had helped relocate and rebuild their lives. These are humanitarian acts largely without parallel in Hollywood.

They say Elvis Presley used to ask spiritual gurus and religious leaders, “Why did God give me all this fame? What am I meant to do with it?” His inability to answer that question meant that ultimately his fame became a burden to him that slowly killed him.

I saw the same thing happen to Michael Jackson. Michael was a noble soul and wished desperately to consecrate his fame to a cause larger than himself. I used to watch Michael cry when there were stories on the news of children dying. Sadly, his inability to execute his program for helping the world’s children – despite many attempts – meant that his unequaled fame became a prison incarcerating his spirit and slowly suffocating his soul.

As an organization that promotes universal Jewish values, we are honoring Sean Penn becausehe has demonstrated that the highest goal of celebrity is saving human life.

Fame is nothing but a tool, a megaphone to the world, the locus of immense attraction which, when shined on the helpless, can call the world’s attention toward reversing the plight of the suffering masses.

Yes, he is. And I was critical of these moves. I believe that well-intentioned men and women can find themselves being used by dictators to whitewash their crimes and solidify their regimes.

But my ideological and political differences with Mr. Penn pale beside my awe at the number of lives he has saved, the degree of his commitment to the world’s most desperate people, and the example he presents to a nation obsessed with celebrity.

I have become suspicious of celebrity. Having served as Rabbi to Michael Jackson, whom I loved and whose life I tried to save, I have become somewhat inured to the seduction of fame. No one I meet will ever be as famous as Michael and yet Michael was all too human, just like the rest of us.

What has made me even more suspicious of celebrity, of late, is the number of performers, like Roger Waters of Pink Floyd, who are out-and-out Israel haters and Anti-Semites, comparing the Jewish state to the Nazis, and the failure on the part of Jewish celebrities to defend the Middle East’s only democracy.

So when I come across a celebrity like Sean Penn who is dedicated to saving thousands of lives as well as sharing in their privations, I will go out of my way to show that they are heroes to me, regardless of our differences.

Judaism is action-oriented. We judge people based on their deeds and not their beliefs. Political differences be damned. Those who love God’s children and subordinate their careers toward the protection of human life should be held up as examples that all should emulate.

Rabbi Shmuley Boteach, whom Newsweek and The Washington Post calls “the most famous Rabbi in America,” is the international best-selling author of 30 books, and in May will publish Kosher Lust: Love is Not the Answer His website is www.shmuley.com. Follow him on Twitter @RabbiShmuley. 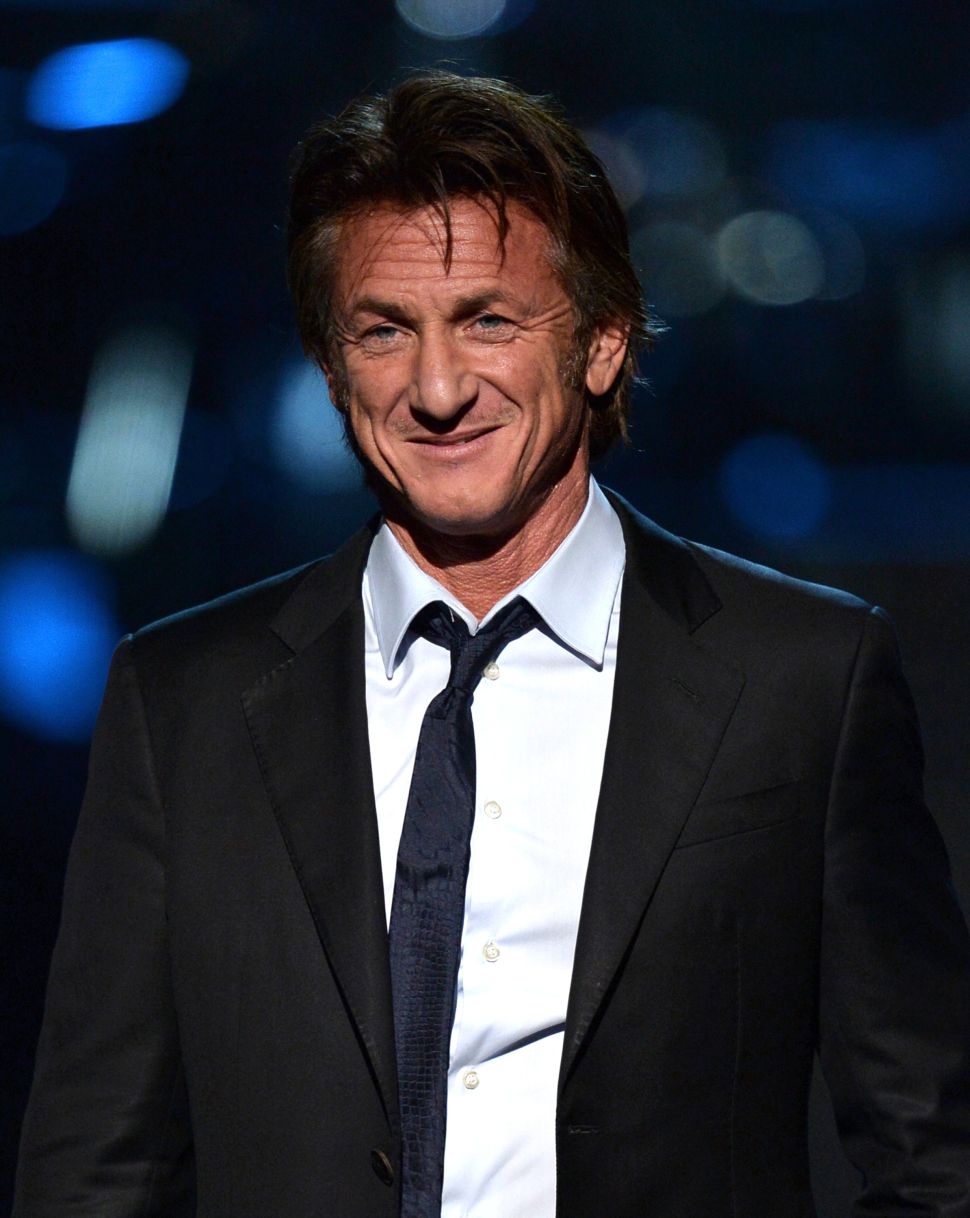