“Councilman Ramos is the best choice for Newark’s next mayor,” said RWDSU Local 108 President Charles N. Hall, Jr. in a prepared statement. “Councilman Ramos recognizes and respects collective bargaining and the right to organize. As a former manager in [Essex County] government, Ramos developed positive relationships with municipal unions. As a councilman, Ramos has put forward a comprehensive plan to increase economic development in Newark, not only in the central business district, but in the neighborhoods in all
five wards of the city and that will encourage the creation of private-sector jobs with living wages for Newark residents, including jobs in Newark’s growing manufacturing sector. We believe that Councilman Ramos has the experience, the vision and the will to fight for all of Newark’s working families.

“[Ramos’] sponsorship of prevailing wage and paid sick leave legislation for employees working in the City of Newark clearly demonstrates his commitment. He supported the establishment of apprenticeship programs in collaboration with local unions,” added Hall. “Last year, Ramos was a leading advocate of a statewide referendum raising the state’s hourly minimum wage to $8.25 an hour with an annual cost of living adjustment. Councilman Ramos will be a champion for all of us, and the RWDSU and UFCW making this endorsement is proud to stand with him.”

“I am proud to receive the endorsement of so many hard-working men and women across Newark,” said Ramos. “I pledge to continue my record of job creation and economic revitalization as Newark’s next mayor.”

Together the RWDSU and the UFCW have more than 75,000 members throughout New Jersey and neighboring states, according to figures provided by the unions. The two unions represent a wide range of retail workers in clothing stores, department stores, jewelry stores, transportation, maintenance, catering, supermarket and public sector workers.

With these two new endorsements, Ramos has now received the nod of approval from nine local unions.

Additionally, he was endorsed by the International Brotherhood of Electrical Workers (IBEW) Local 1158 in December. Ramos was also endorsed by two of the largest building trades unions in the state – the Northeast Regional Council of Carpenters (NRCC) and the International Union of Operating Engineers (IUOE) Local 825 – in June.

Ramos is one of two of the four Newark mayoral candidates who has been engaged in labor union endorsement combat.

Mayoral candidate and South Ward Councilman Ras Baraka was endorsed by the Communications Workers of America, New Jersey’s largest public workers union, in December. Baraka, a Newark high school principal currently on leave, is a member of the City Associaton of Administrators and Supervisors (CASA). 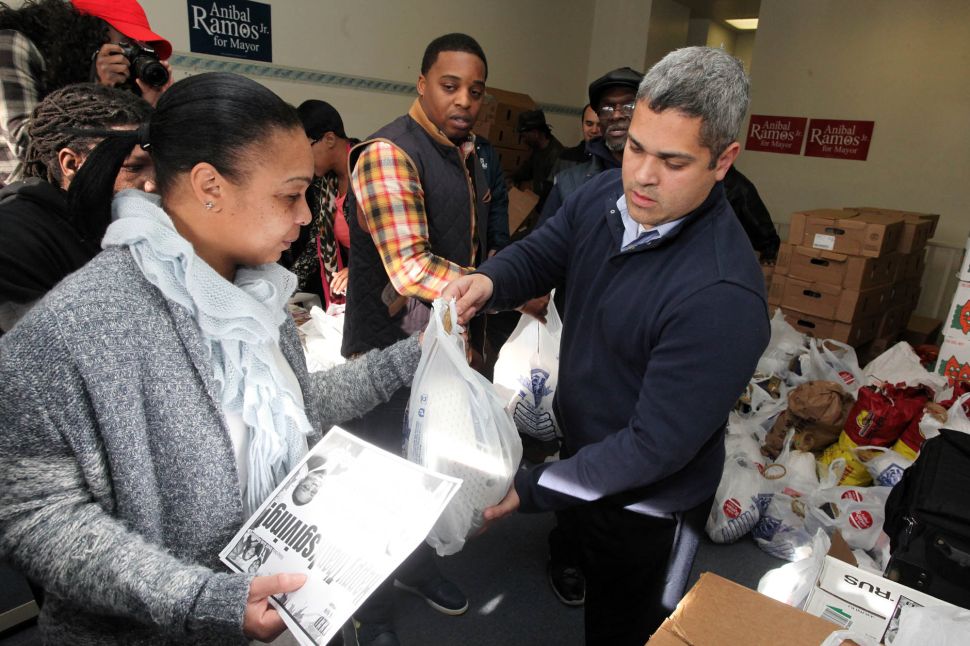