Here come the endorsements, starting with that of Camden Mayor Dana Redd.

She’s all over the idea of a U.S. Rep. Donald Norcross (D-1), but not before first paying tribute to Rob Andrews…

“I am truly thankful and grateful for everything Congressman Rob Andrews has done as our representative in Washington, DC,” Redd said of the embattled retiring congressman. “Time and time again, he has delivered on his promises to ensure Camden, the First Congressional District and all of New Jersey received its fair share of federal funding.  His commitment, appreciation and love of what it meant to be a public servant will surely be missed by many.  I am extremely proud to call him a friend and I wish him nothing but success in all his future endeavors.”

“Although we are losing a great representative, we are very fortunate to have a person who has a proven track record that can step right in and continue to fight for our children and families,” the mayor added. “This person is our State Senator, Donald Norcross.  As a labor leader and state legislator, Senator Norcross understands the struggles many of our hard working families face each day.  As a co-sponsor of the Economic Opportunity Act of 2013, Senator Norcross also knows that the key to achieving economic prosperity begins by creating jobs within our urban centers such as Camden.  I am pleased and honored to support Senator Donald Norcross as our next Congressman from the First Congressional District.” 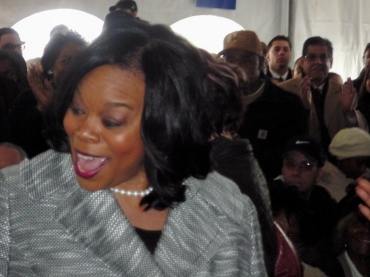