Movie critics have been kvetching about the Oscars for a while now, but no critic has done so more elegantly then Rex Reed.

In 1969, Mr. Reed, then a film critic for Holiday magazine, went on The Dick Cavett Show in an argyle vest and jacket (“a little Bill Blass number,” in Mr. Reed’s words) to discuss the annual awards ceremony.

“Well, here we are,” Mr. Cavett says, “on the eve of Oscar night, all of us panting and breathlessly wondering which of our heroes are going to be rewarded by the little gold statue.”

The entertainingly cynical Mr. Reed goes on to deflate the anticipatory mood. “There aren’t many heroes nominated this year, so there won’t be too many who will win,” he says. “I covered it one year for Women’s Wear Daily, and I decided then that I would restrict all of my circus-going to Madison Square Garden.”

Mr. Reed pulls out of his pocket a list containing the nominations and some interesting facts about the Oscars that he shares with the crowd.

“Did you know that an Academy Award only costs $60?” Mr. Reed asks. “The actors used to hock them all the time, because as soon as they would win, they’d run out of bread or something and they’d hock the Academy Award. But now they’ve made that illegal. You can’t hock your Oscar anymore; the Academy will buy it back for $10.”

He laments the best picture nominations, scowling at Hello, Dolly! and other films he deems unworthy.

“The worst thing ever that could have happened,” Mr. Reed says, “was the way they completely overlooked The Damned, the Visconti film, which I think is one of the most exciting films I’ve ever seen.”

He goes on to predict that Midnight Cowboy will lose in the best picture category to the much-less-deserving Anne of the Thousand Days. (It didn’t, of course—it was the first and only X-rated film to win an Academy Award.)

And he talks about a category that “really disturbs” him.

“I really have the terrible, lurking, poisonous suspicion,” Mr. Reed says, “that John Wayne will win the Academy Award.”

The audience boos—and not, it’s safe to assume, at John Wayne. 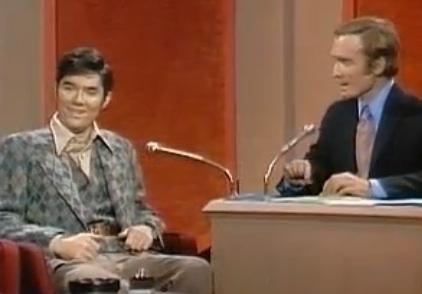