“I told them a long time ago that Shavar would be the back-up candidate for Anibal,” said Rice, referring to the former state Assistant General who last week pocketed the endorsement of Ramos as a Ramos bowed out of the contest.

Rice said Ramos and DiVincenzo can try to downplay Ramos’ connection to the county, but Ramos works for the county, and whatever the executive has carved out in the way of countywide support won’t translate to Newark.

“Anibal’s a nice guy, but the fact that he dropped out reflects a lot of things Joe D has done that has disenchanted people,” Rice said. “Anibal dropping out was an evaluation as we get closer to the election on how much damage those issues are going to have on Joe D’s candidacy.”

Rice admitted that he and his allies haven’t been able to summon a challenger to DiVincenzo, who last year supported the re-election of Republican Gov. Chris Christie.

But he didn’t apologize, noting that he and Baraka and their allies remain focused on Newark.

“I don’t think they need to go on offense,” the senator said. “Ras is not running for countywide office. Whether Joe D has an opponent or not, the issue we need to focus on is who will run the city. I tell the people over and over: local control. Look at the homicides in the city every day. You need someone who’s not going to be hiding in City Hall. The reality is the Ron Rices, Ras Barakas and Rufus Johnsons are not afraid to walk these streets.”

A critic of departing state Department of Education Commissioner Chris Cerf, Rice said he predicted the education reform advocate’s escape to a private consulting job. As for Schools Super Cami Anderson, Cerf’s ally in Newark trying to reshuffle the city’s schools, Rice said, “It’s time for her to resign but she’s going to leave anyway.” 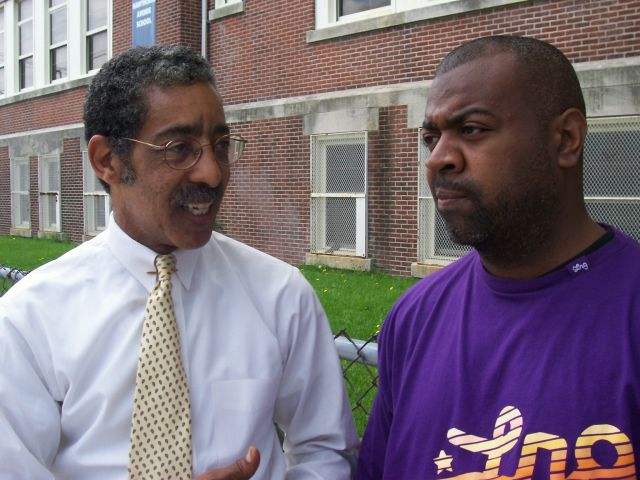