“They have an endorsement process,” Rodriguez-Gregg said. “I respect their process.”

However, Rodriguez-Gregg added, “I’m surprised [Lonegan] didn’t wait” for the process to play out before unrolling his campaign. 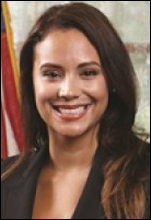