Sabrin said he wants to fight for the GOP nomination to face incumbent U.S. Senator Cory Booker in the 2014 general election.

“Corey (sic) Booker is a celebrity politician,” wrote Sabrin, 67, of Fort Lee. “A master of the sound bite and the slogan.  But behind it all are more of the failed policies of a government too big to get out of our way.

“I’m Murray Sabrin, and I’m running for the United States Senate to begin a serious, mature discussion about America’s future. An honest discussion about the role of government and the free market in achieving the individual goals of every American. For thirty years, I have been writing and teaching about the dangers of government intrusion into our lives.  I’ve become known as New Jersey’s foremost defender of economic freedom and individual liberty.”

Sabrin last ran for the U.S. Senate in 2008, an unsuccessful bid that found him finishing third in the Republican Primary behind former U.S. Rep. Dick Zimmer and state Sen. Joe Pennacchio.

Formerly a member of the Libertarian Party, Sabrin received 5% of the general election vote in a 1997 run for governor.

In his communique today said he favors the repeal of Obamacare and the elimination of warrantless wiretapping.

“Corey (sic) Booker is a member of the political class — part of a corporate welfare state that benefits a crony-capitalist establishment,” Sabrin wrote. “He believes in government and that it is the job of government to decide who wins and who loses.  I couldn’t be more different.  And over the next nine months Corey Booker and I will present two vastly different visions for our country.”

“New Jerseyans have already soundly rejected Professor Sabrin’s discredited and out-of-touch ideas in two separate statewide elections,” said Currie. “It’s clear the only ‘serious, mature discussion’ in this year’s Senate election will be between New Jerseyans and Senator Cory Booker, who is fighting every day in Washington for ideas that create opportunity for everyone – raising the minimum wage, supporting small businesses and spurring innovation.” 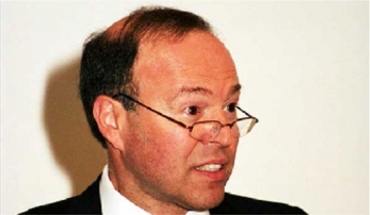