The ballroom of the Chandelier Restaurant was wall to wall with supporters joining Mayor Mark Smith as he kicked off his re-election campaign this evening. Accompanied by his council candidates Terry Ruane, Debbie Czerwienski, Agnes Gillespie, Joe Hurley and Ray Greaves, Mayor Smith laid out his case for re-election. The crowd of supporters from throughout the city and across the state included former Governor Richard Codey, Assemblyman Joe Cryan (D-20), Assemblyman Jason O’Donnell (D-31), and Belmar Mayor Matt Doherty.

“As a life-long resident of Bayonne, there is nothing more important to me than making sure we continue the fight to get our city on the right track for the future,” said Smith.  “We’ve worked hard to reduce the city’s long-standing debt and attract new development here to create jobs and the progress we’ve made is just the beginning.  Like our friends and neighbors here in Bayonne, my wife and I are raising our family in the city and we know how important it is to make sure the future is bright for our kids.  The work we’ve already done at City Hall to reduce debt, encourage new development and reduce the size of government while improving critical services is a jumping off point to get the city’s finances under control and revitalize our economy so that all of Bayonne’s taxpayers can reap the benefits.”

“Mark Smith has demonstrated time and again his level of commitment to Bayonne,” said local businessman Pat Colasurdo.  “Mark has proudly lived, worked and raised a family with his wife, Patty, in Bayonne and has fought tirelessly to cut the city’s long-standing debt and create new jobs.  There is no better advocate for Bayonne’s residents than Mark Smith and I am proud to stand with him today as he kicks off his campaign for re-election.”

The succession of stumbles ended with Vinny Prieto bumping Smith out of the chairman’s chair and sending the affable Smith, a hero cop, back to Bayonne and a summer of door pounding in preparation for 2014.

It looked for a time like Jersey City Mayor Steve Fulop might recruit a challenger to dump Smith but it proved too thorny an order.

“Under Mayor Smith’s leadership Bayonne has laid the significant groundwork necessary to attract new development and create new jobs and new tax revenue for the benefit of city taxpayers,” said Pat Kelleher, President of the Hudson County Building and Construction Trades Council.  “The Mayor has formed strong relationships in the labor community and has been working every day to promote all of the tremendous benefits the city has to offer.  All of these efforts have served to create a very bright future for Bayonne residents.”

“Mayor Smith has been fighting every day to ensure a brighter future for our residents and their children,” said Joe Hurley, Second Ward Councilman.  “As a councilperson working with the mayor over these past years I’ve been able to witness first-hand his level of commitment to every Bayonne resident and I look forward to getting out every day to speak with voters individually and share our vision with them to make sure the mayor and our entire council ticket are successful on May 13th.”

“Working in partnership with Mayor Smith and my fellow council members we have been able to start the city back on the road to sound fiscal footing,” said Agnes Gillespie, First Ward Council Member.  “We’ve fought to reduce long-standing debt and reduce the size of government while maintaining and improving critical services, but the job is not done.  Working together, we can keep Bayonne on the right track towards stimulating our economy by continuing to cut costs and revitalizing places like the Broadway.”

“My fellow council members and I have worked side by side with Mayor Smith to make Bayonne a destination city for new businesses and development efforts,” said Council President Terry Ruane.  “All of these efforts are meant to attract new jobs and new tax revenue for city residents while ensuring long-time residents just like Mark Smith and myself can raise our families here and know Bayonne’s future will be even brighter than its present.  We’ve made significant progress towards that goal, but we have more to do to rebuild from where we took over.  Election Day, May 13th, will be the next step in that rebuilding process and I am looking forward to speaking with city residents over the next three months to detail the progress we have made and outline our vision for the future.”

“The strides we have been able to make over the past years working in conjunction with Mayor Smith has been nothing short of remarkable,” said Third Ward Council Member Ray Greaves.  “In just a relatively short period of time we have reduced the city’s debt by 40% and are well down the road to attracting even more new development to create jobs for city residents and new tax revenue for Bayonne taxpayers.  I’m proud of all that we have accomplished but am looking forward to working hard for re-election so we can keep the progress going.”

“The level of enthusiasm I have encountered around May 13th’s election has been off the charts and that is a direct reflection of the bright future ahead for our city,” said Debbie Czerwienski, Council Member at Large. “Bayonne residents recognize that they have one of their own in City Hall fighting for them every day, and they also know the partnership forged between the Mayor’s Office and the City Council has had a positive impact on people throughout the city.  We are on the path towards fiscal sanity and it is important that we keep heading in the right direction.” 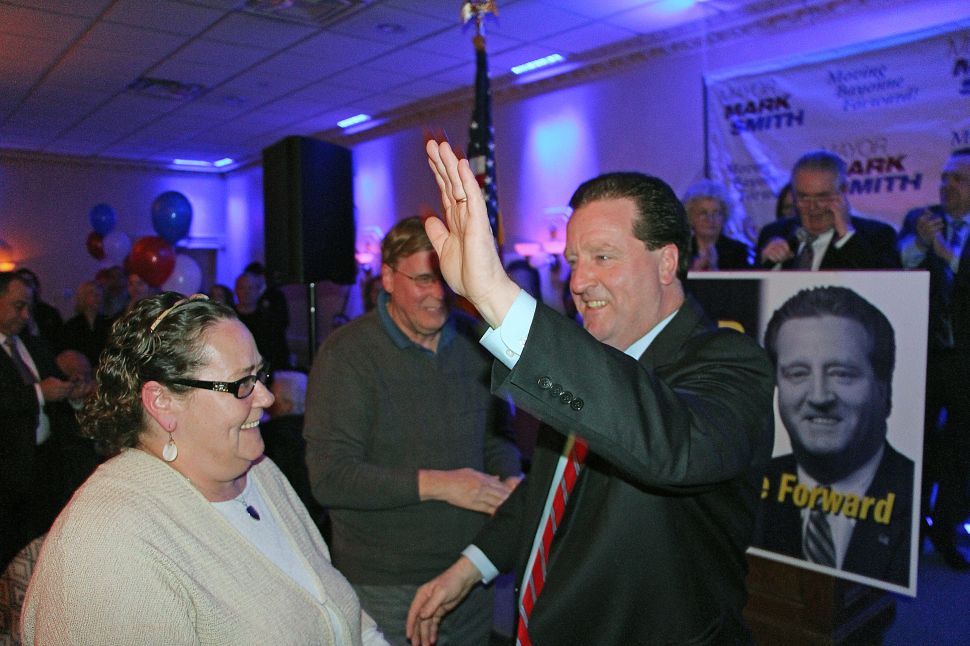